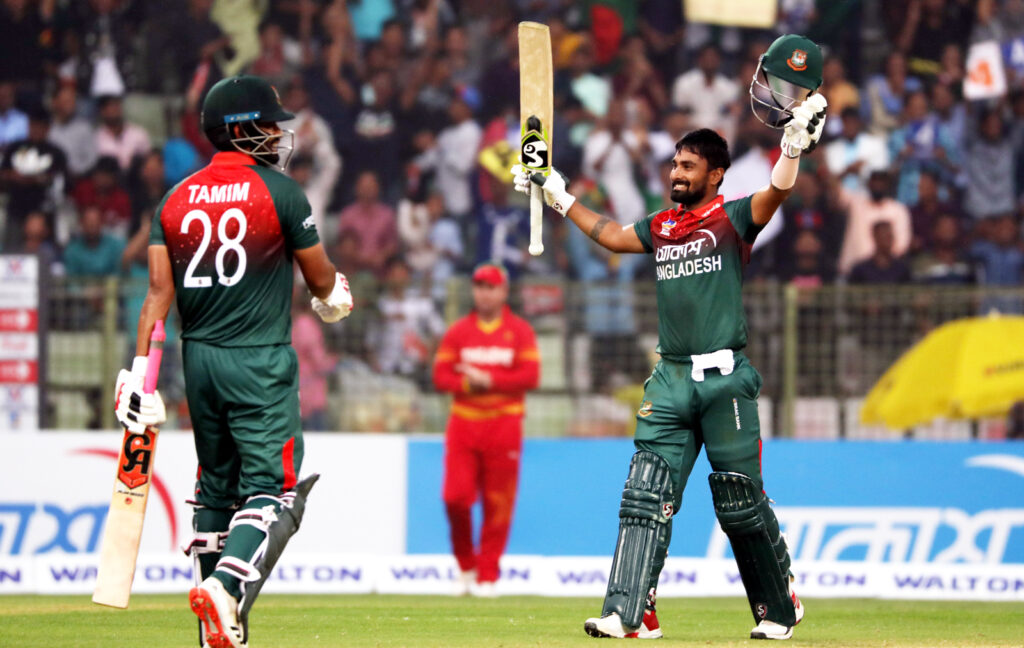 Bangladesh have named Litton Das as their stand-in captain for the three-match ODI series against India following the injury to regular skipper and stalwart opening batter Tamim Iqbal.

Iqbal had voluntarily pulled out his name from the limited-overs section of the India visit that spans December with a groin issue. The veteran left-hander is also a doubtful participant for the Test match leg, which is part of the ongoing World Test Championship cycle.

Bangladesh have been hurt by injuries ahead of the Indian one-day series, with their premier in-form quick Taskin Ahmed also set to miss the critical Dhaka opener due to a back injury, which creates a dark cloud over his inclusion for the second and the third ODIs on December 7 and 10, too. The Test series starts on December 14.

Litton has never captained Bangladesh before in stand-in capacity but was at the helm of affairs for a standalone T20I back in April 2021. He has been in magnificent form in the 50-overs game for Bangladesh this year, averaging an eye-catching 62.50 over ten innings in helping the Tigers firm up their ICC Super League standing and direct qualification push towards 2023 World Cup.

“Litton is one of the more experienced players in the side and has demonstrated leadership qualities. He has a sharp cricketing mind and reads the game well,”

“It is most unfortunate to lose Tamim to injury for this very important series, especially because under his captaincy the team has played some outstanding cricket in the last couple of years and he has been our most prolific batsman in this format.”

For Taskin, the selectors have recalled medium quick Shoriful Islam for the first ODI in Mirpur.

Bangladesh would have begun a series against India as massive second favourites for most parts of their journey. But not this one, especially as they’ve been on a roll, winning eight of their twelve ODIs in 2022, including a 2-1 series win in South Africa.

Playing at home, they would be slightly confident of putting India under pressure on what tend to be excessively dry surfaces, accentuating the impact of their spin list, headed by premier allrounder Shakib Al Hasan.