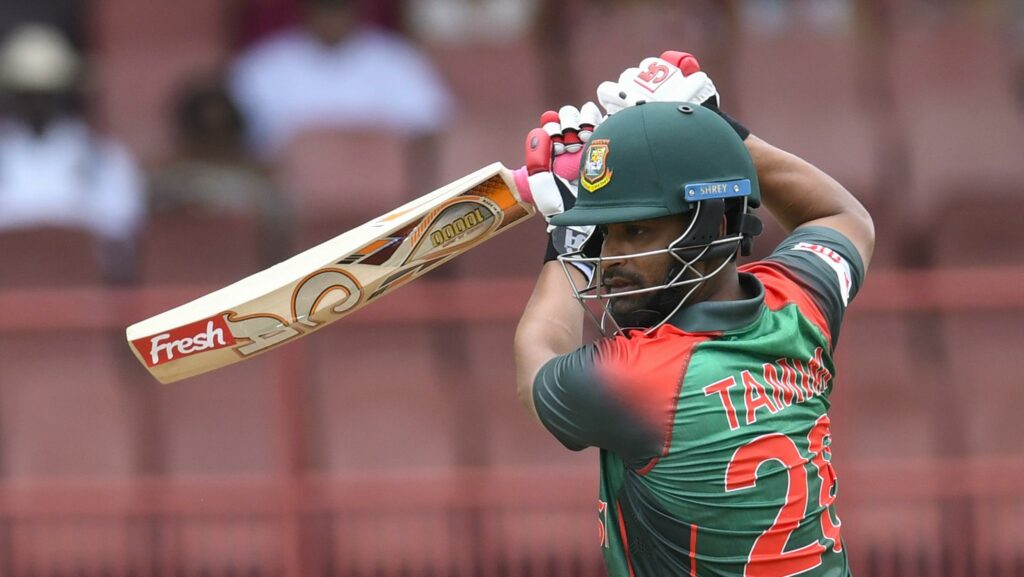 Tamim Iqbal will not feature the ODI series versus India, which is set to begin on December 4 in Mirpur. The player suffered a groin injury and could miss the first Test as well, which is slated for December 14 in Chattogram.

The opening batter sustained a grade 1 strain on his right groin in a warm-up match on Wednesday, which puts him out of action for two weeks. While confirming the news, Bangladesh team physio Bayjedul Islam Khan also said Tamim’s fitness could be doubtful for the Test series as well.

“Tamim has a Grade 1 strain on his right groin which has been confirmed following an MRI. We will maintain a conservative treatment protocol for him for two weeks after which his rehab will begin. Unfortunately it means he will not be available for the ODI series and will be doubtful for the Test series,”

The Bangladesh Cricket Board has not named the stand-in captain for the upcoming series. They have pulled up Shoriful Islam from the nations’ A side currently facing India A, as a replacement for fast bowler Taskin Ahmed who had suffered a back injury.

“Taskin is out of the first ODI and we will know about his availability for the rest of the ODI series only after another fitness test,”

Taskin picked up the injury during a BCL match on November 20. He has been taking a painkiller injection for the past few days. His unavailability is a big blow for the Bangla tigers as he has been outstanding with the ball in the last 12 months after making a comeback to international cricket.

The first of the three-match ODI series between the hosts and India will take place in Mirpur on Sunday, with the second game also at the same venue on December 7. The final ODI will be held at Chattogram on December 10.