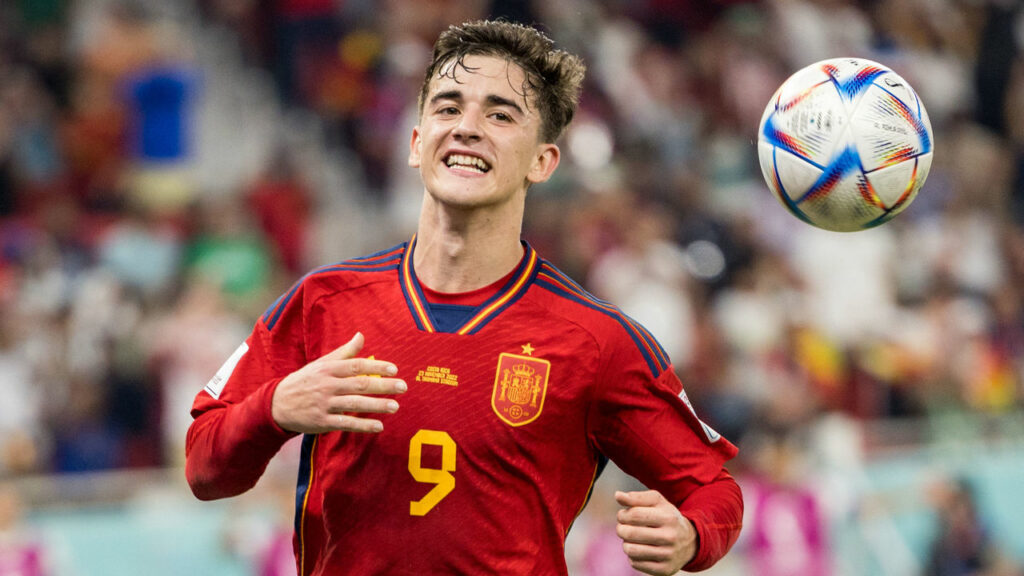 Spain midfielder Gavi, who won the 2022 Golden Boy award for his performances with Barcelona and Spain over the last year, has become the third-youngest player to score in the finals of the FIFA World Cup.

The 18-year-old made history on his FIFA World Cup debut after finding the net in the second half in the 7-0 hammering of Costa Rica in their Group E opener. With his 74th-minute strike, Gavi became the youngest player to score in the FIFA World Cup since legendary Brazilian forward Pele in the 1958 World Cup.

When he was named in the starting XI by Luis Enrique, Barcelona’s prodigy also became the youngest player to feature for Spain in a major international tournament (FIFA World Cup or European Championship) at the age of just 18 years and 110 days.

“I never dreamed to be here at this age. I’m so happy to be here. This is only one step. I need to keep going,”

Gavi said after the game.

Pele had scored at the age of 17 years and 249 days in the final of the 1958 World Cup against Sweden. The record for the youngest goalscorer in World Cup history also belongs to him as he had also found the back of the net 10 days before in the quarter-finals.

The record for the second-youngest goalscorer in World Cup history belongs to Mexico’s Manuel Rosas, who was 18 years and 93 days old when he found the net in the very first FIFA World Cup held in Uruguay in 1930.

Gavi was elected as the man of the match in what proved to be an extremely comfortable display for Spain in their World Cup opener. La Roja enjoyed over 80% possession throughout the contest and did not give away a single corner or shot on goal. Moreover, they were fluid all over the park and electric in their movements, which resulted in the seven-goal hammering.