‘He’s making everyone else look worse’: Maxwell on Suryakumar performances in T20 format 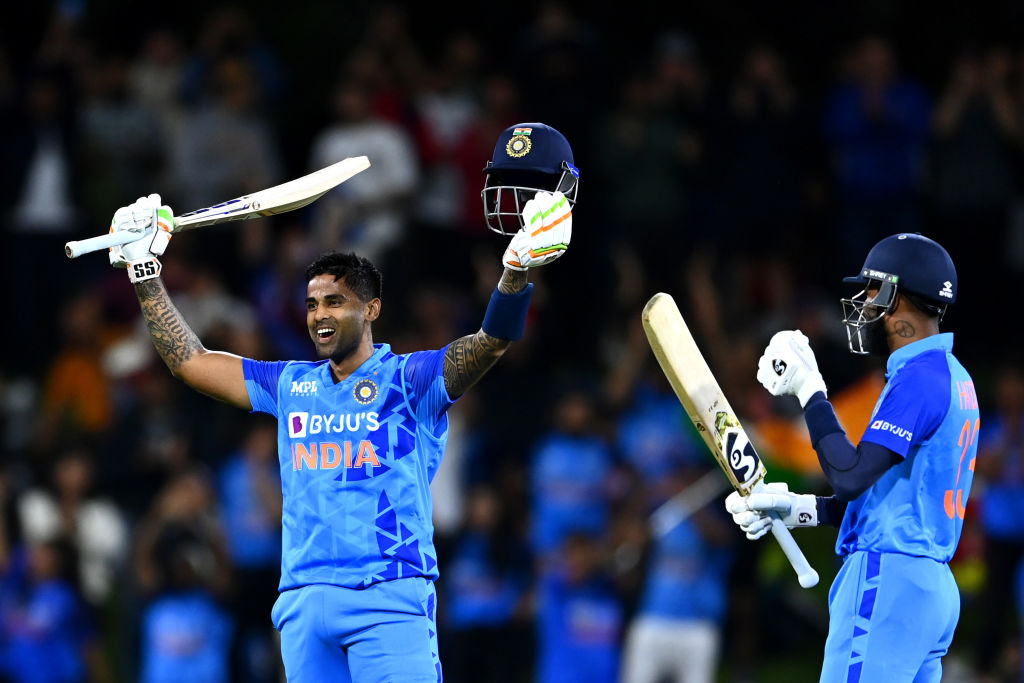 Australia all-rounder Glenn Maxwell and – one of the best T20 batters in the world – was awestruck by the sheer genius that is India’s Suryakumar Yadav, who has been playing ridiculously well with great consistency recently.

Maxwell said the consistency at which the Indian batter is scoring the runs sets him apart. Speaking on The Grade Cricketer Podcast, he went on to say that no one in the world is close to what Yadav has been doing.

“Suryakumar Yadav is doing it in such a bizarre, ungainly way where he’s hitting the middle of the bat by just stepping across, deciding to sweep somebody who’s bowling 145 (kph) from off the wicket on the other side.

And then just putting his head down walking down chewing some gum, glove tap, bat tap, sort of a bit of a swagger and off he goes again and does it again,”

The no. 1 ranked T20I batsman, Yadav recently smashed an unbeaten 111 off just 51 balls versus New Zealand at Mount Maunganui. Compared to the rest of the batting unit, which scored 69 runs in 69 balls, Yadav’s knock looks staggering. Even Virat Kohli said in awe that it was “video game batting”.

Currently out of action with a leg injury, Maxwell shared a story about Suryakumar’s century. He revealed he took the screenshot of the scoreboard and sent it to his teammate Aaron Finch as both discussed it with utter disbelief.

“He is playing some of the most ridiculous shots I’ve ever seen and he’s doing it stupidly consistently. It’s just actually a bit hard to watch because it just makes everyone else look so much worse for not being able to do that,”