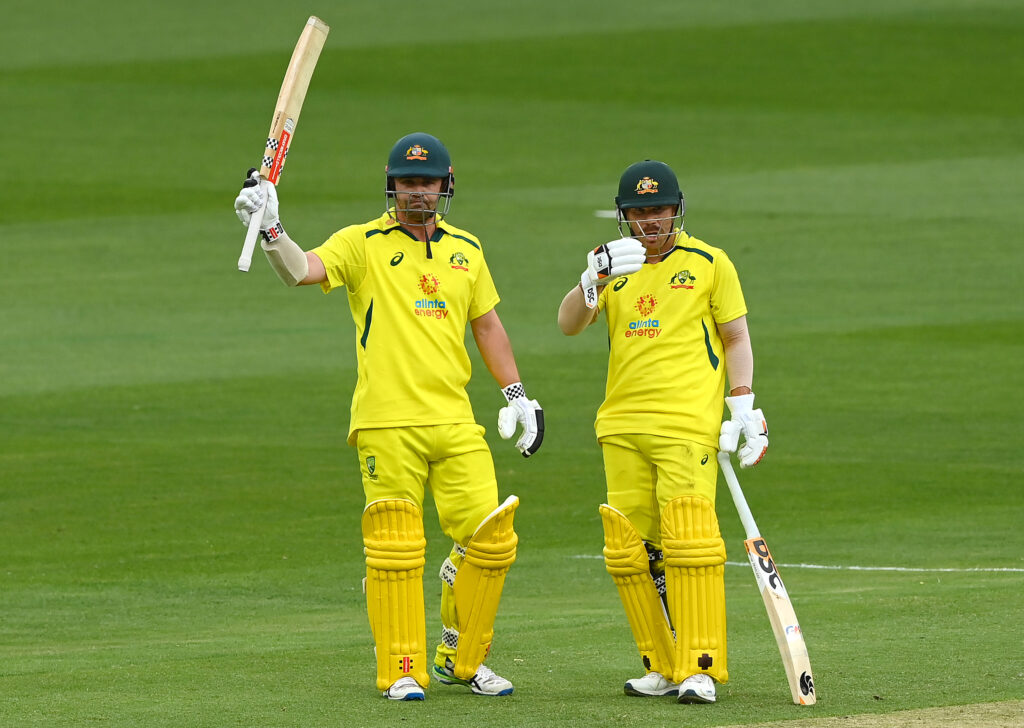 Veteran Aussie opening batsman David Warner has moved to fifth place in the ICC rankings after scoring a match-winning 106 against England in Melbourne’s third one-day international. Former skipper and current Test match deputy Steven Smith rose three spots to seventh place in the format, a position he had previously held in January 2017. He scored 195 runs in the three-match ODI series, which Australia won 3-0.

Warner, who received the Player-of-the-Series title, was instrumental at the top of the order, scoring 208 runs across three games, including a half-century in the first game and a excellent century in the final game. He put an end to his extended century drought at the international level as he put up a typically brilliant performance against the Three Lions. Smith, meanwhile, scored 80* and 94 in the opening two games.

After the series, Australia’s bowlers witnessed an improvement in their rankings. Senior fast bowler Mitchell Starc rose four spots to No. 4, after finishing with five wickets in two games, including a 4 for 47 in the second ODI. The wily Adam Zampa, meanwhile, rose eight spots to No. 7, picking up 11 wickets in three games after an excellent outing against the English.

Travis Head, who put up a career-best 152-run innings in the third ODI and a record-breaking 269-run opening partnership with Warner, climbed up 12 ranks to break into the Top 30.  Head seems to have given the Australian selectors some relief as he looks to cement his spot in the side at the top of the order following the retirement of former skipper Aaron Finch in the 50-over format.

Warner and Head were both fantastic in the series, putting up two century stands, including a 269-run partnership in the final game of the series. Head’s brilliant 152 in the game is likely to serve him well with an extended run of opportunities that could well culminate in him being the first-choice opener for the ODI World Cup in India next year.

In the most recent rankings update, bowlers Bhuvneshwar Kumar (up two spots to 11th), Arshdeep Singh (up one spot to 21st), and Yuzvendra Chahal were among the Indians who advanced. Chahal went up eight places up to occupy the 40th rank.

Maverick Indian batsman Suryakumar Yadav maintained his top spot after scoring 111 runs off 51 balls in the second game against the Kiwis. He now has 890 rating points, 54 more than Pakistan’s Mohammed Rizwan, who is ranked No. 2. He added 31 rating points from the series.

Yadav has had a stellar year, especially in the shortest format, where he has managed to become by far the best batsman in the world at the moment. He scored in excess of 1100 runs at an average of 46.56. What is unbelievable about Yadav’s achievement is the fact that these runs have come at a strike rate of 187.43, an aspect of the game where he is miles above the rest.

Suryakumar’s strike rate is the highest in T20 history among both active and former players, and is currently in a league of his own. SKY has had 11 50+ scores in 2022 in T20Is including two spectacular hundreds against England and New Zealand, both coming away from home. Yadav is fantastic all over the pitch, and has made it seem as if he has no weakness.