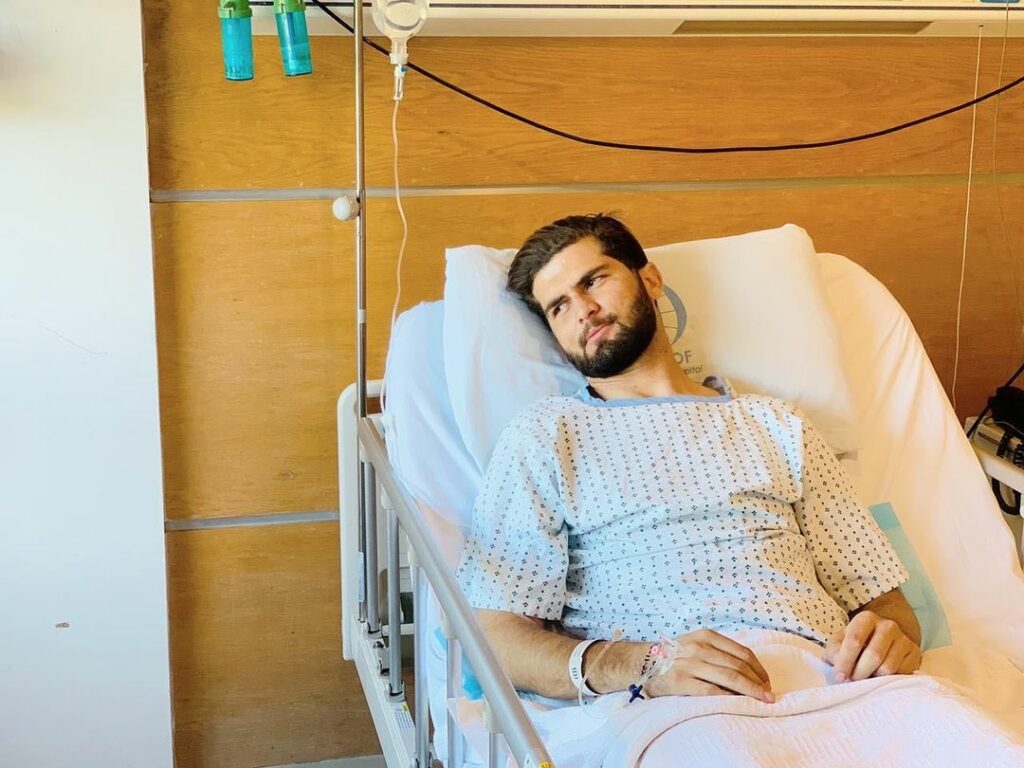 Pakistan fast bowler Shaheen Shah Afridi is feeling better after the surgery while he is also in rehab for knee injury currently.

The 22-year-old shared a picture from hospital after undergoing an appendectomy surgery on Sunday.

“Had an appendectomy today but Alhamdulillah feeling better. Remember me in your prayers,”

he wrote in a caption.

During the T20 World Cup final against England at the MCG, Afridi had to hobble off the field after experiencing some discomfort in his knee, at a crucial juncture.

He looked in pain after taking a sliding catch to dismiss Harry Brook, as he appeared to have hurt his knee. He was taken off the field by the team physio and doctor. Shaheen returned to the field an over later and sent down one delivery, but couldn’t carry on. It proved to be very costly as England smashed Iftikhar Ahmed, who was tasked with finishing the over.

Last week, the Pakistan Cricket Board confirmed there were no signs of aggravation of the injury following a scan. The discomfort was likely “due to a forced knee flexion whilst landing.”

There are serious doubts over Afridi’s availability for the home Tests against England and New Zealand through December and January.

“His return to international cricket will be subject to the champion fast bowler’s successful completion of the rehabilitation programme and following go-aheads by the medical staff,”

Afridi’s knee injury first surfaced in Sri Lanka in July and has spent considerable time in rehab. He worked his way through to fitness and rhythm during the T20 World Cup before breaking down in the final.

Afridi’s unavailability could be a big blow for Pakistan, who are still in the race for the World Test Championship final in England next June. Pakistan are currently in fifth place with 51.85 point percentage.