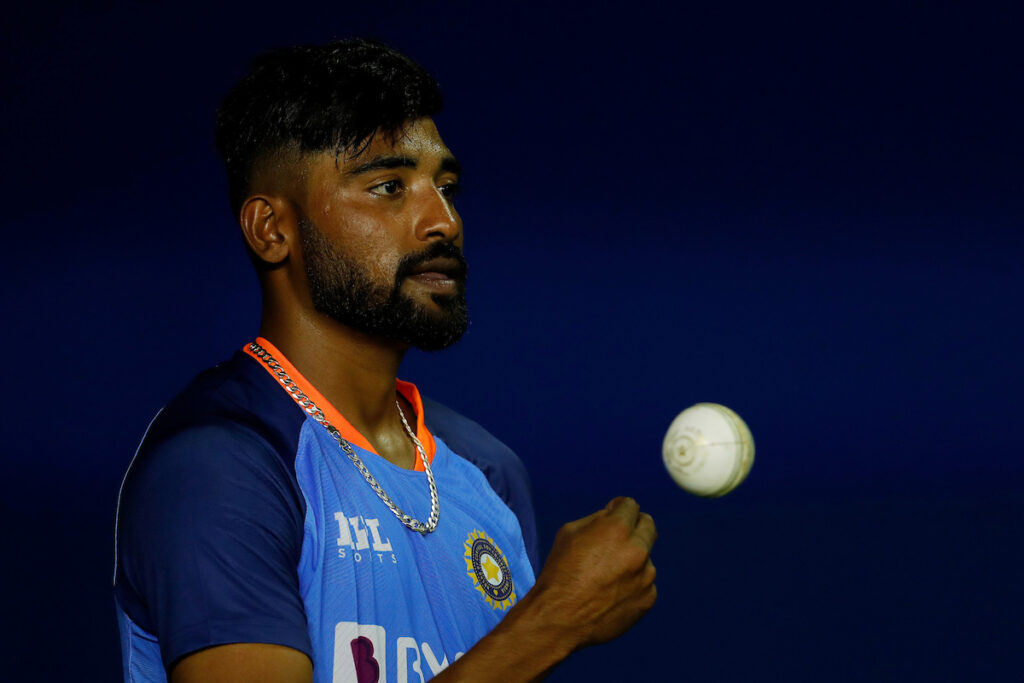 As per RevSportz, fast bowlers Mohammed Siraj and Umran Malik are set to join the Indian contingent for the upcoming T20 World Cup 2022.

India’s World Cup hopes have taken a significant setback, with premier fast-bowler Jasprit Bumrah doubtful for the marquee event due to a back injury. The 28-year-old had been out of action since July until the recent T20I series against Australia before being sidelined from the ongoing series versus South Africa.

Also read 👉 Bumrah not ruled out of T20 World Cup yet, says Ganguly

Media outlet RevSportz claims that Mohammed Siraj and Umran Malik have been added as the reserves in India’s squad, as potential back-ups for Bumrah. India have Bhuvneshwar Kumar, Arshdeep Singh and Harshal Patel as the specialist seamers in the main squad, to go with the all-round skills of Hardik Pandya.

Team India already have Mohammed Shami and Deepak Chahar among their four reserves for the competition, as announced last month, with the latter yet to recover fully from COVID-19.

Chahar showcased his brilliance with the new ball in the first T20I against South Africa in Thiruvananthapuram on September 28, returning 2/24 from four overs in India’s eight-wicket win.

Siraj and Malik have played five and three T20Is respectively till date, but both have failed to create an impact at the international level. Siraj has bagged a wicket in each of his five T20Is, but has conceded runs at a combined economy of 10.45, while Malik has bagged two wickets at an economy of 12.44.

The latter had shot to prominence after having excelled in the IPL 2022 for the Sunrisers Hyderabad, wherein he bagged 22 wickets from 14 outings and rattled top international batters with his pace.

The uncertainty over Bumrah’s fitness presents a worrying sign for India, more so considering their death bowling woes in recent times. All-rounder Ravindra Jadeja has already been ruled out of the T20 World Cup with a knee injury.