Bumrah not ruled out of T20 World Cup yet, says Ganguly 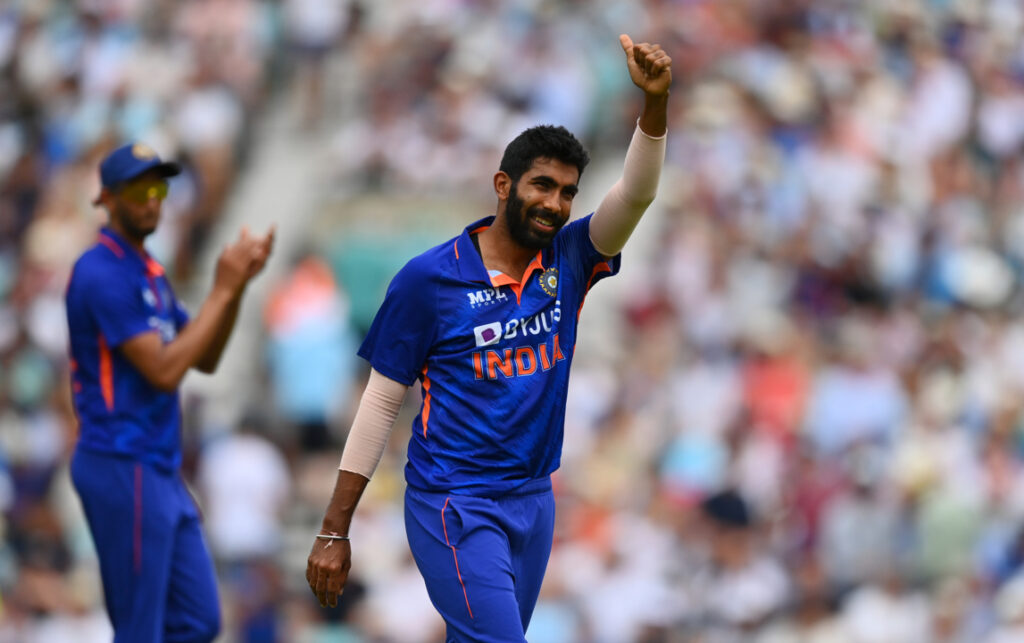 BCCI president Sourav Ganguly is not yet ruling out the possibility of Jasprit Bumrah leading India’s pace attack at the forthcoming T20 World Cup in Australia. He spoke in the midst of fears around Bumrah’s participation after the recurrence of a back injury and said the pacer could still turn up for the Indian side.

Bumrah had been rushed to the National Cricket Academy in Bangalore on September 26 from Thiruvananthapuram for fresh scans on his back issue. The pacer was ruled out of the ongoing T20I series against South Africa, with Mohammed Siraj brought in as his replacement.

“Bumrah is not out of the World Cup yet,”

Ganguly told Xtra Time digital channel from Kolkata on Friday, stating he has his “fingers crossed” on the matter with a final decision awaited in the “next two or three days”.

The former India skipper’s remarks came after his BCCI regime issued a media release which said the 28-year-old had “sustained” a back injury and that the pacer is being monitored by the board’s medical team at the NCA.

The BCCI didn’t clarify how serious the Bumrah injury exactly is but there are fears that the pacer may have seen a lower-back stress fracture resurface on his body. The one that had ruled him out for three months back in late 2019.

ESPNcricinfo reported that it is indeed a stress fracture.

“Bumrah went for a scan on his back in Thiruvananthapuram on Wednesday. It is learned that those scans revealed a stress-related injury in his back,”

“Keeping in mind Bumrah had only recently recovered from a back injury which had kept him out of the Asia Cup, the Indian team’s medical staff, together with the NCA, decided to have fresh scans done in Bengaluru.”

“The fresh scans, which were taken on Thursday, will be studied by independent medical consultants hired by the BCCI who will then coordinate with the board’s medical staff to determine the next step.”

Bumrah’s back injury and fears of him missing the T20 World Cup entirely have brought the scanner on the NCA, where the coaches and physios approved his inclusion in the squad ahead of the Australia series. After missing the Asia Cup 2022 with a back issue, the cricketer was seen playing the final two matches of the series in Nagpur and Hyderabad on September 23 and 25 and looked underfit for his expensive spells of 1/23 and 0/50.

It is learnt that after the Hyderabad T20I, he complained of back pain to the team management, which then decided to leave him out of the opening T20I versus South Africa in Kerala and made sure he was sent to the NCA for further scanning of the issue, ruling him out of the remaining games of the series.

The pacer has had the back injury recurrence despite selectors and the management carefully adhering to his workload needs. Bumrah didn’t play the T20Is against South Africa and Ireland in June after an extended IPL 2022 with Mumbai Indians.

He played the all-format trip to the UK in July, where he had the honour of leading the Test side in Edgbaston in the absence of injured Rohit Sharma. But the pacer was rested again for the successive trips to West Indies and Zimbabwe in August, before missing the Asia Cup with injury.

Bumrah is now in a race against time to be fit to travel with the side on the scheduled departure date of October 6. India have planned a week-long camp for themselves in Perth before the team will move to Brisbane for their two warm-up matches. India kick-off their T20 World Cup campaign at MCG on October 23 against arch-rivals Pakistan.