”It is still a bit weird”: Slonina thought Chelsea’s interest in him was fake 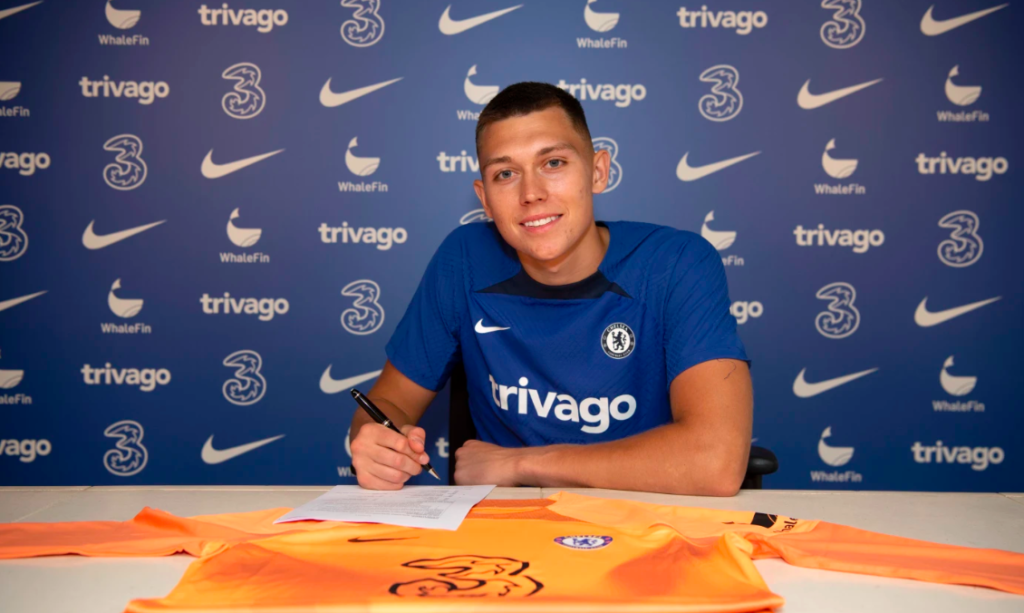 Chelsea’s new signing Gabriel Slonina has revealed that he almost thought Petr Cech’s phone call to him was a hoax before signing a long-term contract at Stamford Bridge.

The 18-year-old joined Chelsea in August on a six-year contract worth a reported £12 million from Chicago Fire. The goalkeeper is currently in America, finishing the MLS season with the Chicago Fire before departing for England.

Slonina piqued the interest of Cech, the former Technical and Performance Advisor in West London, and it was the ex-Chelsea goalkeeper who made the phone call to try to persuade the American to make the move.

Prior to former Chelsea owner Roman Abramovich being sanctioned by the UK Government, a deal was in the works, with the club eventually being sold to a consortium led by Todd Boehly and Clearlake Capital in May.

However, despite Real Madrid’s interest in signing the highly rated teenager, Chelsea retained the transfer pursuit. Slonina was contacted by Cech prior to his transfer and admits he almost thought it wasn’t true but was honoured to have spoken with a club legend.

“My friends always sent me screenshots of the internet rumours and my names with one of the best clubs in the world. It is still a bit weird as Chelsea is one of the biggest clubs and to think where I started from to get to that point is unbelievable.”

“I was super impressed that he (Cech) knew my game. It shows how to conduct yourself when you get to a certain place in life. It is a credit to him and what a legend he is that he is trying to inspire younger keepers. He is a great guy,”

Slonina told Standard Sport on his move to Chelsea.

The American will face competition for the number one spot at Chelsea, with Edouard Mendy and Kepa Arrizabalaga vying for the position under Graham Potter.