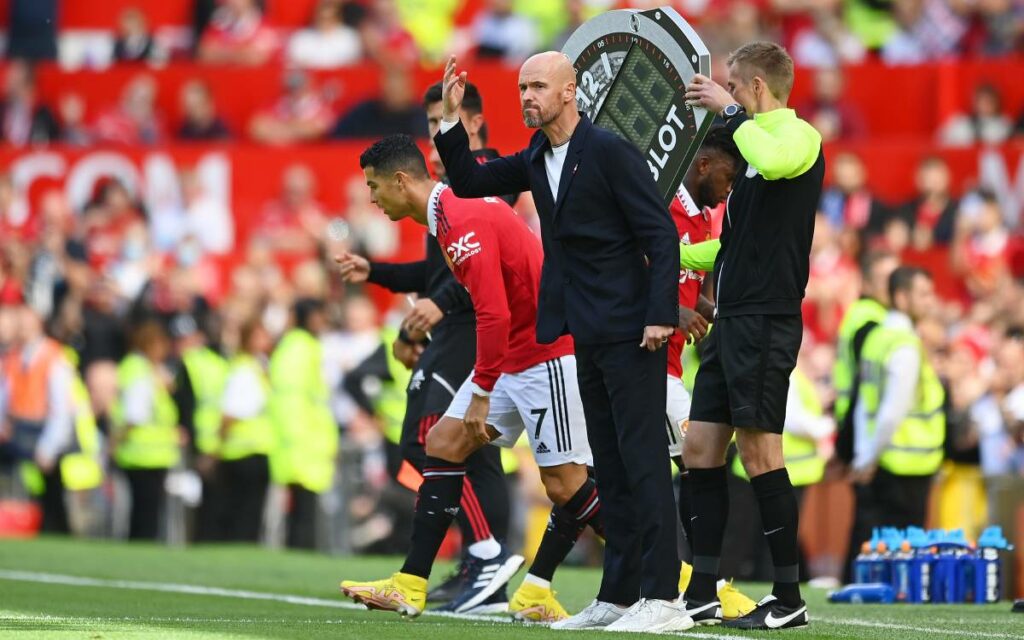 Manchester United began their 2022/23 Premier League campaign with a 2-1 loss at home against Brighton and Hove Albion. New manager Erik ten Hag made some big calls ahead of kick-off with talisman Cristiano Ronaldo dropped to the bench and Bruno Fernandes starting up top as a makeshift nine, with summer signings Christian Eriksen and Lisandro Martinez handed a spot in the line-up. Instead, Brighton’s Pascal Gross stole the show with two quick goals, putting his side in cruise control before the interval.

The Seagulls survived a couple of early scares before taking the lead just as the clock hit thirty. Ex-United striker Danny Welbeck beat the Red Devils’ defensive line with a perfectly-time run to get on the end of a Leandro Trossard through pass and squared the ball across the box for Gross to tap in at the back post. Nine minutes later, the German smashed home a rebound from close range after David de Gea had made a low stop from Solly March, and the visitors led 2-0.

Brighton custodian Robert Sanchez made two good stops on the other side of the break to keep his side’s advantage intact. Ironically, it was an error from the Spaniard himself which gave the Red Devils a ray of hope – the goalkeeper punching the ball onto his teammate Alexis Mac Allister for an own goal.

Despite a small opening, United couldn’t wedge their way back into the game. They will be looking for the first victory of the season when they make the trip to face Brentford at Brentford Community Stadium on August 13.

Elsewhere, Manchester City cruised to a 2-0 win at the London Stadium, courtesy of their new striker, Erling Haaland. The Norwegian put his Wembley critics in the dust just 36 minutes into his official debut for the Citizens.

The forward won a penalty from West Ham custodian Alphonse Areola and converted from the spot to give City the lead. Haaland doubled his and City’s lead in the 65th minute. The youngster ran beyond the West Ham backline to get on the end of a Kevin De Bruyne threaded pass, opened his body, and curled the ball around the goalkeeper.