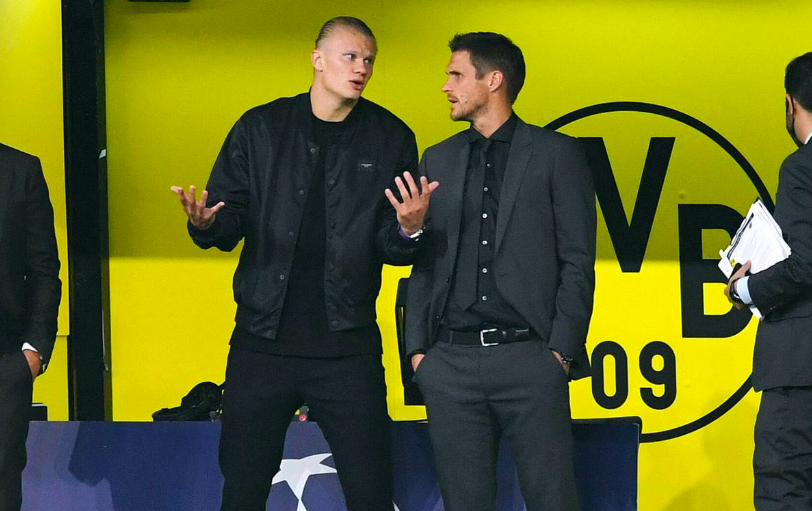 After Erling Haaland’s his 51-million-pound move to Manchester City, the spotlight on the Norwegian has grown bigger but it doesn’t seem to bother him. He already has 10 goals in six Premier League games, and on his Champions League debut for the new club, he got a brace against Sevilla.

However, Borussia Dortmund’s sporting director Sebastian Kehl said a few eye-brow-raising things recently in an interview about their former player. He told that Haaland, after a point, became a burden on the dressing room as every conversation regarding the club, was about his potential exit.

Although he stated that the club are very happy with the player finding a big club and doing well, he mentioned that the locker room environment was impacted by his presence in a way they did not want.

“As much as we always loved Haaland and he was successful with us, in the end, he became a burden on the dressing room, the club and the whole environment. He had become the subject of every conversation.

Outside the club, almost everything was exclusively focused on him. In the end, the timing of the transfer was right for both parties,”

Adding to these points, Kehl, formerly a Dortmund midfielder and captain, said that they would have liked Haaland to stick here for longer. He mentioned that he is a ”nice guy” and would’ve contributed profusely on the pitch had he not made the big transfer.

Haaland has been one of the most successful players in Dortmund history, scoring a whopping 86 goals in 88 games. Adding the assists to the tally, he contributed more than one goal every 90 minutes for the team. He was heavily linked with a big-money move to Real Madrid, Chelsea, Manchester United and Barcelona, but he eventually chose Pep Guardiola’s side.

Haaland could be in action next week as this week’s Premier League games have been postponed after the death of Queen Elizabeth II.