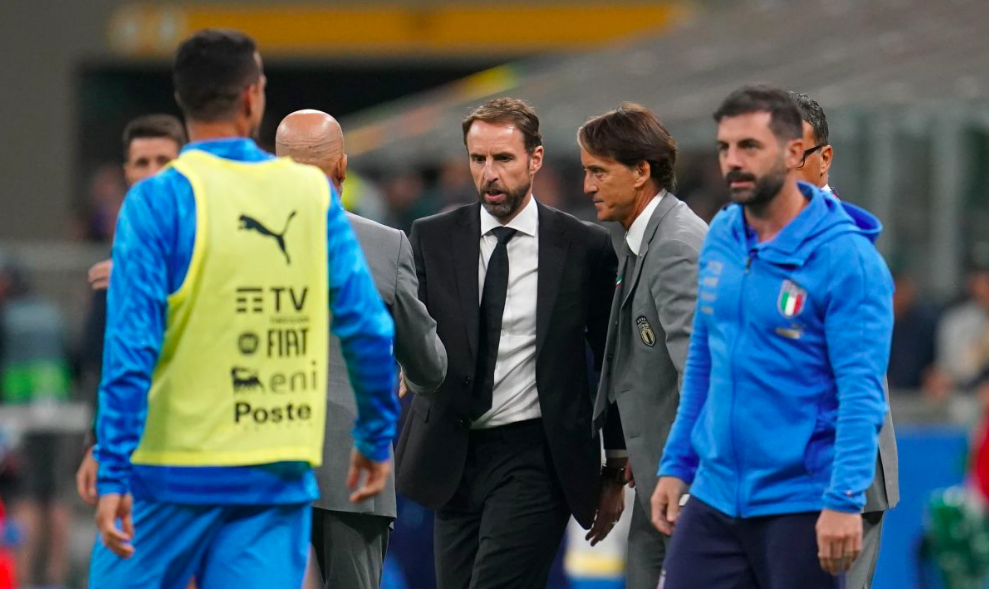 A 68th-minute goal from Napoli striker Giacomo Raspadori proved to be the difference between Italy and England in a repeat of the 2020 Euro final, with the former, once again, getting the better of the latter. Resultantly, England dropped down to the UEFA Nations League B. Head coach Gareth Southgate, however, remained upbeat, looking at the positives in the 1-0 reverse.

England have had a poor 2022/23 Nations League campaign, with the numbers behind their poor performances making their relegation look even worse. The Three Lions have scored just once in five games, that too from the penalty spot, meaning that they are the only team apart from San Marino to record an open-play goal in this edition of the competition.

Despite failing to score yet again Southgate took positives from the loss, claiming that he felt the performance was a step in the right direction.

“[It’s] difficult of me to be too critical of the performance: more possession, more shots, more shots on target,”

“I personally felt the performance was a step in the right direction. [But] I appreciate because of the result that won’t be the reaction.

“I understand the reaction at the end, as that’s the results we’ve had. It’s an emotional reaction.”

West Ham midfielder Declan Rice, whom the fans voted the second-best England Men’s Player of the Year 2021/22 just after Arsenal attacker Bukayo Saka, repeated his manager’s words, stating that he felt his side controlled the game, but was lacking the cutting edge.

“One chance and one goal for them, I thought we controlled the game, passed the ball around well, and got into some good areas, we just lacked that cutting edge in the end. It is coming though, and it was a lot better performance than in the summer,”

The Three Lions face Germany in the sixth and final match of the 2022/23 UEFA Nations League group stage, with the Germans also confirmed to have missed out on a top-four spot following their narrow loss against Hungary.