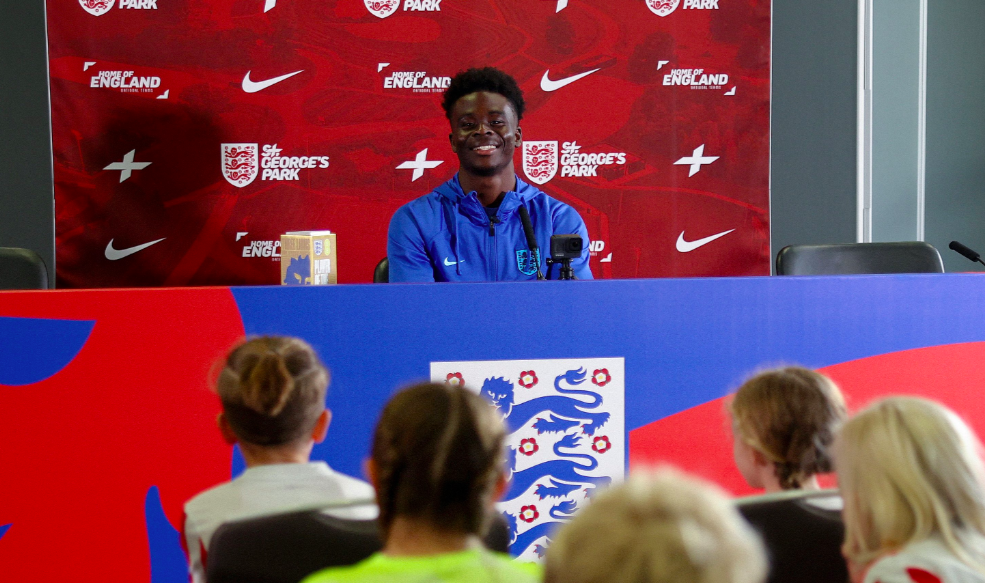 The 21-year-old was presented the award in a special press conference featuring young grassroots footballers hosted by England at their St George’s Park headquarters. Later on, he expressed his delight at being given the honor.

“To play for England is special; to get picked to play for your country is another level of honour and proudness in yourself.

“You’re just happy every time you get to come here and put on the shirt and play at Wembley in front of all the fans, it’s a beautiful feeling,”

Voted for by the fans, Saka was recognized for his accomplishments over the course of a ten-game window during the 2021/22 international season, which featured games from the FIFA World Cup qualification cycle and the 2022/23 UEFA Nations League.

Overall, he played nine games across this period and scored three goals, twice against Andorra over two fixtures and once against San Marino in a 10-0 rout. Having been called up to the national team again, the youngster is in line for his 19th international cap against Italy on September 23.

Saka’s young career has been full of recognition up to this point. He was named Arsenal’s Player of the Year for back-to-back campaigns in 2020/21 and 2021/22. Furthermore, the Englishman was shortlisted for the Kopa Trophy – the Ballon d’Or equivalent for players under the age of 21 – for successive campaigns.

Saka will look to help England avoid relegation from UEFA Nations League A during the current international window, the Three Lions facing the drop in a group that contains Italy and Germany.