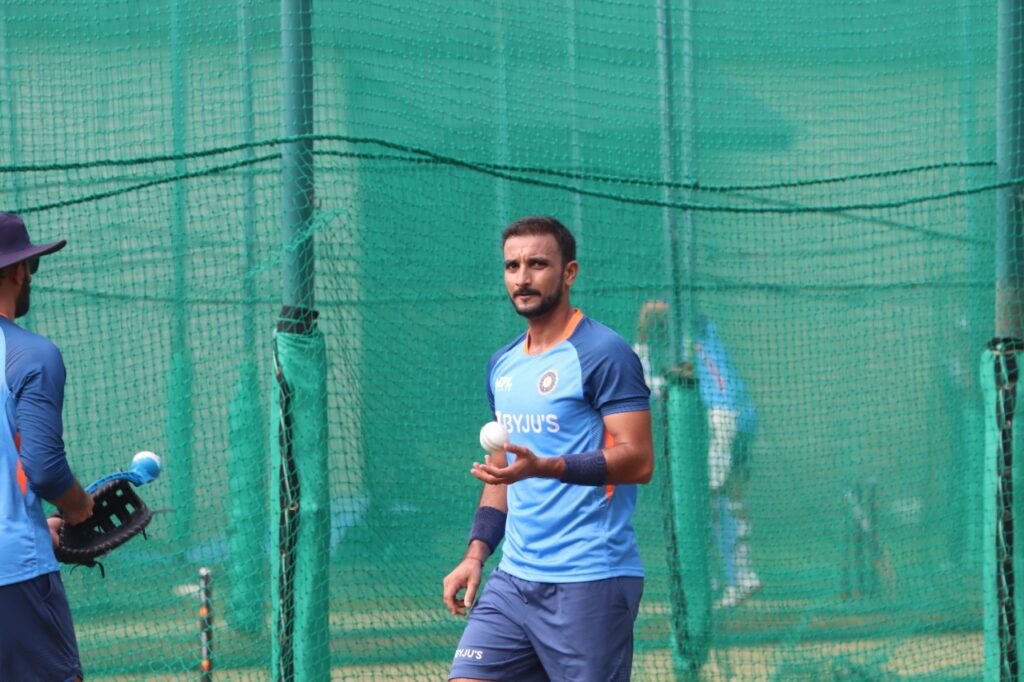 Haryana seamer Harshal Patel attributed his successful transition from a journeyman IPL cricketer to an India T20I bowler to the role clarity provided by coach Rahul Dravid and skipper Rohit Sharma. Patel seamer believes the communication from the Dravid-Rohit duo has helped take a lot of pressure off his back and allowed him to flourish at the top-level game.

Since his debut in November last year, Harshal has become an integral part of India’s T20I plans, which was reflected in his selection for the T20 World Cup in Australia but also his absence during the Asia Cup 2022 in UAE while the cricketer recuperated from a rib injury. He has taken 23 wickets from 17 outings with an economy rate of 8.58.

Harshal, owing to his ability to bowl dipping, drifting slower balls with a strong mix of pinpoint yorkers, has been entrusted with duties predominantly in the middle overs and the death. It is what brought him into prominence after a bumper IPL 2021 for Royal Challengers Bangalore, where he took 32 wickets.

“They [India coach Rahul Dravid and captain Rohit Sharma] have been nothing but supportive. Whatever the team ethos is, they have taken precedence over individuals, which is a great thing,”

the seamer told ESPNcricinfo in an interview.

“They told me my role exactly. They said, ‘we want you to be able to bowl in all three phases, not just middle and death’. They’ve been bowling me once at the end of the powerplay every single game just to get used to that.”

The player said during his four-week rehab he got the chance to fine-tune not only his physical fitness but also an opportunity to upgrade his skills. A deep thinker of the sport, he said he is trying to ensure he eliminates the bad balls which could ruin an otherwise well-compiled over.

He also worked hard on his batting, specifically the powerhitting down the order at No.8, facing “500-700 balls”. Patel reinforced that under coach Dravid, his batting abilities are valued immensely as he gives India depth with their line-up and enables the specialists above him to bat freely.

Harshal has a domestic T20 strike-rate of 146.87 with the bat and made his presence felt for India in the Kolkata T20I against New Zealand last year in his debut series, scoring a critical cameo of 18 off 11 balls.