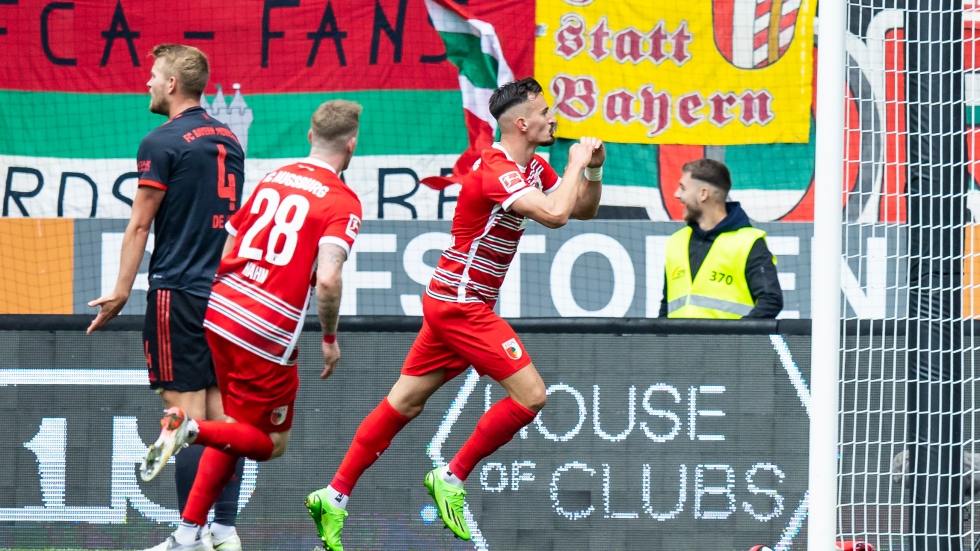 Bayern Munich extended their winless Bundesliga streak to four games with a loss at Augsburg on Saturday, their record now reflecting three draws and a loss. The Bavarians slid down in the rankings after falling to a Mergim Berisha goal in the 59th minute, the forward finishing the champions off with a strike from close range following a cross from left-back Iago.

Bayern’s loss puts them at risk of falling out of the top four at this early stage, provided TSG Hoffenheim win their game in hand. Furthermore, the Bavarians’ reverse means Union Berlin are the only unbeaten side left in the competition; Union could go top of the league with a win at home against VfL Wolfsburg on Sunday.

Currently, Borussia Dortmund lead the league after their narrow win against bitter rivals Schalke 04 in the season’s first Revierderby. For large parts of their game, Dortmund were kept at bay by Schalke custodian Alexander Schwolow, the German making a string of superb saves to frustrate the opposition attackers.

But, Schwolow and Schalke’s resistance was broken in the 79th minute when Youssoufa Moukoko headed in a Marius Wolf cross from close range, becoming the youngest scorer in the derby’s history and giving Dortmund a narrow win.

Elsewhere, Borussia Monchengladbach put their poor form of late aside by thrashing RB Leipzig 3-0, with former manager Marco Rose visiting with the away side.

Gladbach took the lead 10 minutes after kick-off when Jonas Hofmann slammed the ball into the roof of the net after Peter Gulacsi had denied Marcus Thuram with a strong save – but not strong enough to take the ball away from a lurking Hofmann. The German international scored again in the 35th minute, collecting the ball from Thuram and putting it past Gulacsi at the end of a fast break.

Ramy Bensebaini scored Gladbach’s third on the other side of the interval, bringing down the ball into his feet off a Lars Stindl cross and lifting it over Gulacsi from close range. 3-0, Gladbach won, moving up to sixth in the table while leaving Leipzig in 12th.