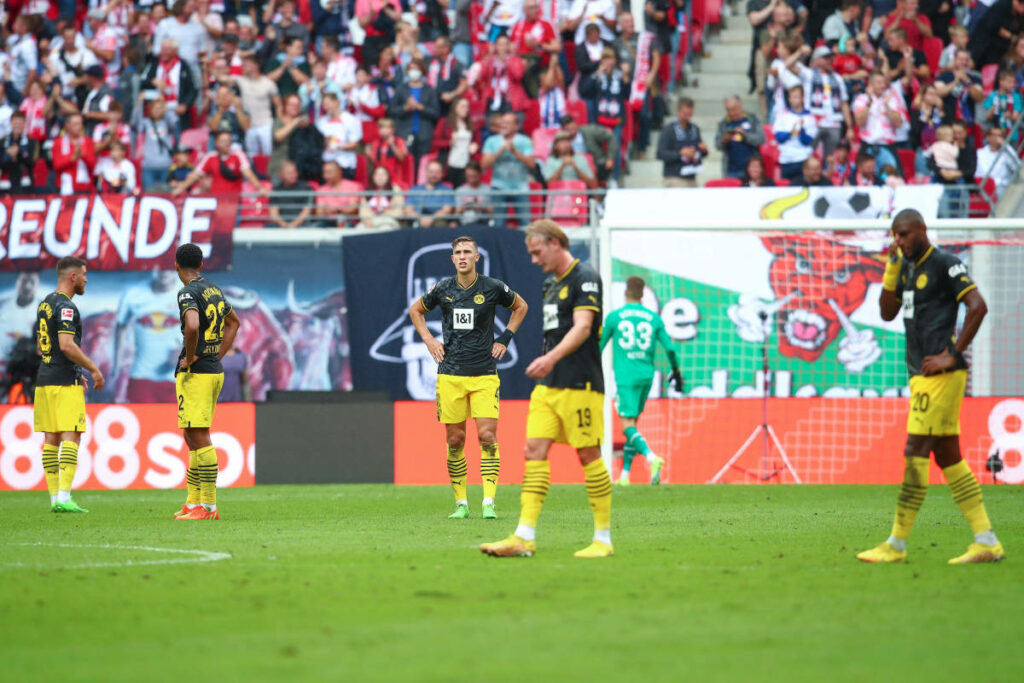 Borussia raised a fair few eyebrows during pre-season when they fired Rose despite a second-place finish behind the perennial champions Bayern Munich. On Saturday, Rose, in the dugout for RB Leipzig, welcomed his old side to the Red Bull Arena, looking for revenge.

It took six minutes for Leipzig to take the lead, vice-captain Willi Orban heading in the opening goal from a corner. Rose’s side kept the pressure up and were rewarded for it before the break again when attacker Dominik Szoboszlai scored past Alexander Meyer with a thunderous shot from outside the box.

Amadou Haidara completed the comprehensive win – one in which Dortmund failed to register even a single shot on target – in the 84th minute by tapping in the ball from close range after Timo Werner had played a simple, square pass to him.

Elsewhere, Bayern Munich were held to a third successive draw in the league, this time by struggling VfB Stuttgart. Bayern took the lead in the 36th minute through teenage attacker Mathys Tel, who arrived into the box from the right to meet an Alphonso Davies cross and squeeze it past the bodies on the line.

However, Chris Fuhrich equalized for Stuttgart in the 57th minute, slamming a shot into the corner of the net from a tight angle.  Parity lasted three minutes. At the other end, collecting a pass from Noussair Mazraoui, Jamal Musiala stood his marker before cutting onto his left and curling the ball into the corner. But, Matthijs de Ligt conceded a penalty in stoppage time, allowing striker Serhou Guirassy to level the scores once more.

Despite the draw, Bayern went top of the table, level on points with TSG Hoffenheim. However, the Bavarians risk losing their lead – and falling off the pace by three points – if SC Freiburg win their game in hand.