Virat can score T20I hundreds from No.3 too, feels KL Rahul 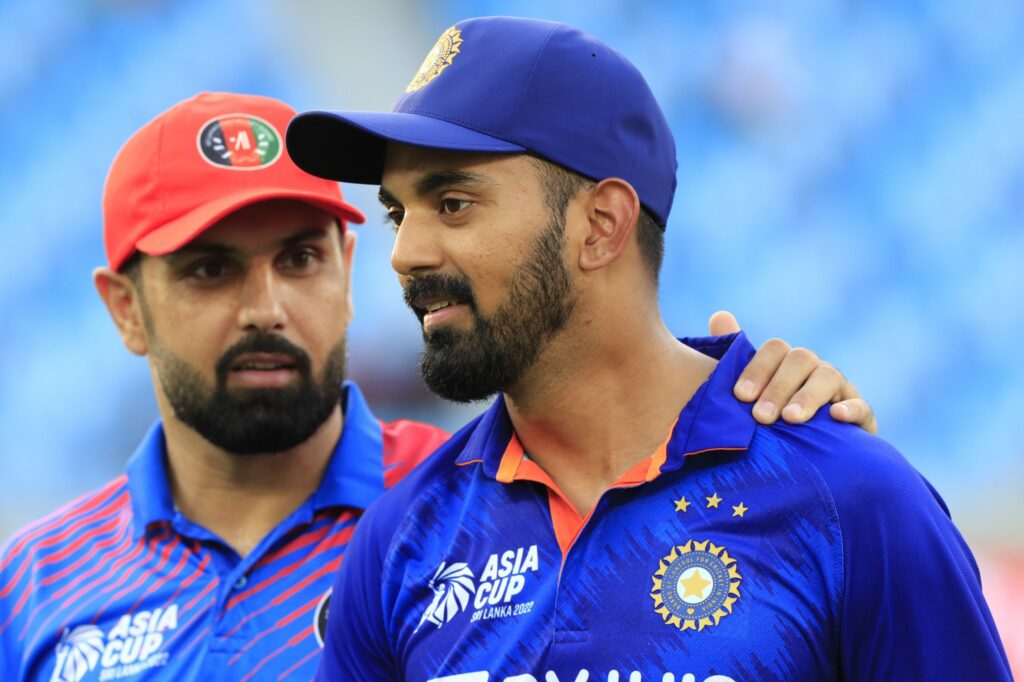 KL Rahul batsman is of the opinion that his teammate Virat Kohli can score hundreds in the T20I format regardless of his batting position in the top-order.

The seven-time Asia Cup winners failed to qualify for the final of the 2022 edition after back-to-back defeats to Pakistan and Sri Lanka in the Super Four stage before managing a thumping 101-run win over Afghanistan in their last game of the competition on September 8.

While the defeats certainly magnified the aspects the team struggled on, the biggest positive was perhaps Kohli returning to form, with the former India captain closing it out with a maiden T20I hundred, his first in international cricket since November 2019.

Having walked in to open with KL Rahul in the absence of regular skipper Rohit Sharma, who opted to rest himself alongside Hardik Pandya and Yuzvendra Chahal, Kohli struck a stroke-filled 122* off 61, getting to his hundred with a six off Fareed Ahmad. Kohli’s innings, studded with 12 fours and six sixes, enabled the Men in Blue finish strongly at 212/2 after being put in to bat.

Virat’s knock might’ve pushed a case for him opening in T20Is more often, but Rahul, who himself scored 62 off 41 in a 119-run opening stand, believes that the 33-year-old can score hundreds even from the one-down position.

“You all know what Virat Kohli is like. It does not mean that he will score 5 centuries only as an opener. He can score 6 or 7 centuries even if he bats at number 3. It is all about defined roles in the team and today he played his role beautifully,”

Rahul told at the press conference.

Kohli has underwhelmed across formats on the England tour earlier this season, and opted out of the subsequent white-ball tour of the West Indies. He registered scores of 35, 59*, 60, 0 and 122* in the Asia Cup, aggregating 276 at an impressive strike-rate of 147.59.

Rahul further emphasised on the value of game-time for the batters in the build up to the T20 World Cup 2022 in Australia in October-November, and was thrilled with Kohli regaining his form.

“It is important for every player to get some time in the middle before the T20 World Cup. If you play well in 2-3 innings, you gain confidence, giving us the best chance to be our best self in the World Cup. So, really happy that he could play that way,”

India’s defeats to Pakistan and Sri Lanka had identical turning points in the back-end, with the experienced Bhuvneshwar Kumar conceding 19 and 14 in the penultimate overs in the respective outings. Rahul further observed that the finalists – Sri Lanka and Pakistan – managed to progress given their better returns in the closing overs.

“Teams playing in the final are those who bowled really well at the death. They adapted better to these conditions, their tactics and their plans and the way they assess the playing conditions were better than the other two teams that are not in the final.

India’s next assignment is the three-match T20I series against Australia, beginning September 20, followed by as many T20Is and ODIs against South Africa. Their T20 World Cup campaign begins with a Super 12s clash against Pakistan at the Melbourne Cricket Ground on October 23.