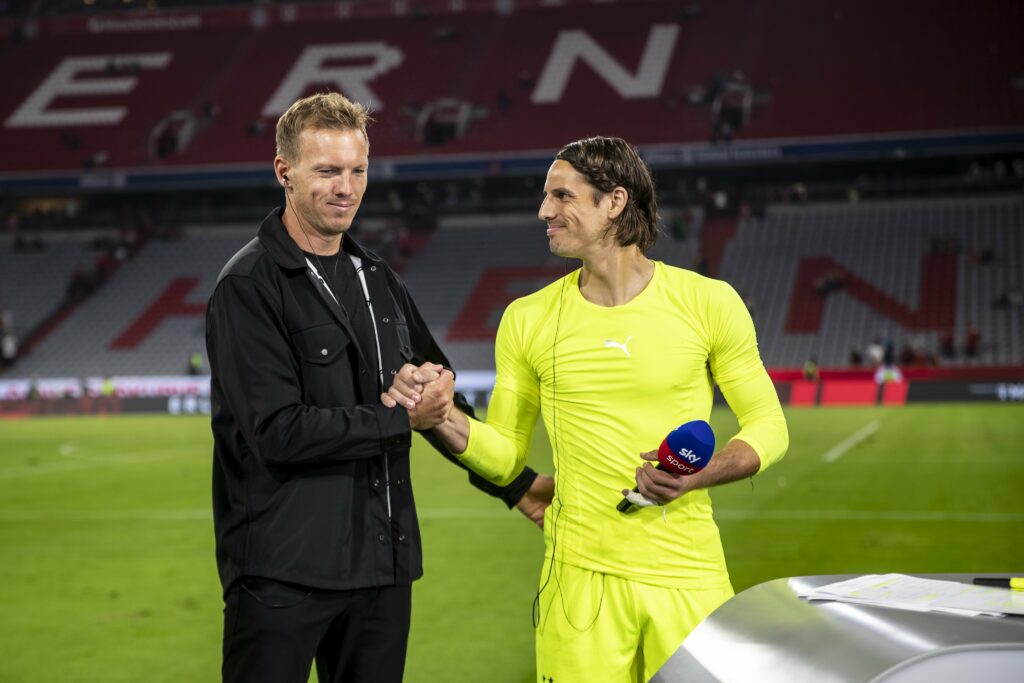 Bayern Munich attacker Leroy Sane scored a late equaliser to help the defending Bundesliga champions earn a 1-1 draw at home against Borussia Monchengladbach and maintain their unbeaten start to the season, which was threatened on Saturday.

Die Roten were rewarded for their relentless pursuit of a leveller in the 83rd minute when Sane curled his effort into the bottom corner after squandering several chances and being kept at bay by the impressive Yann Sommer in the Gladbach goal.

The Switzerland international set a Bundesliga record with 19 saves, breaking Alexander Schwolow’s previous mark of 14 for Hertha Berlin against the same opponents in January.

Earlier, Gladbach took the lead in the 43rd minute when striker Marcus Thuram slid the ball past goalkeeper Manuel Neuer for his sixth goal of the season, but Bayern was to blame when Dayot Upamecano failed to deal with a long ball.

Meanwhile, Anthony Modeste’s first goal for Borussia Dortmund helped them to a 1-0 win over struggling Hertha Berlin in the Bundesliga. Dortmund are now fifth in the Bundesliga after four games, a much-needed boost following their stunning late collapse in a 3-2 loss to Werder Bremen last week.

In another game of the matchday, Bayer Leverkusen thrashed Mainz 3-0 to record their first win of the season. Exequiel Palacios put the visitors in front in the 29th minute, whilst Jeremie Frimpong scored a brace for Die Werkself in the next 12 minutes to help the visitors move to the 11th position in the group.

RB Leipzig, too, registered their first win of the season after Christopher Nkunku’s stellar display in the game against VfL Wolfsburg. The Frenchman’s ensured the last season’s fourth-placed side move to the 10th spot with five points in their kitty.

Hoffenheim registered their third win of the season after narrowly edging out Augsburg courtesy of a Dennis Geiger goal. With that win, Die Kraichgauer solidified their position in the top four of the league.

Bundesliga returnees Schalke 04, however, suffered a thrashing at the hands of Union Berlin after the visitors scored six goals to move to the second point in the table and just below Bayern (who have the same number of points) courtesy of an inferior goal difference.