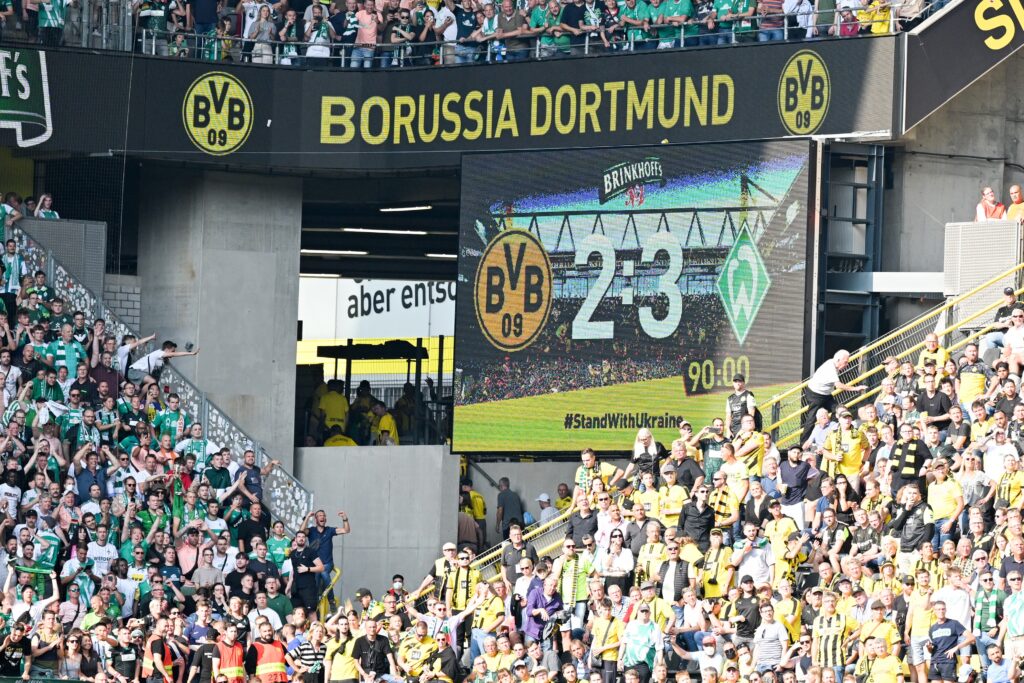 Borussia Dortmund led Werder Bremen 2-0 until the 89th minute of their Saturday night encounter before conceding three in six minutes of a stunning collapse.

The season may have just begun, but the Bundesliga title race looks done and dusted. Bayern Munich are in sensational form and last season’s challengers Borussia Dortmund, RB Leipzig, and Bayer Leverkusen find themselves seventh, 11th, and 18th, respectively. All three of those teams lost on a miserable Saturday for the fans of German football – and competitive balance.

Until the 89th minute of their game against the promoted Werder, Dortmund, at least, were heading in the right direction. It hadn’t been the best of games from Edin Terzic’s side, but Julian Brandt and Raphael Guerreiro’s wonder strikes had seen them take a two-nil lead, which they held onto until a minute from full-time.

Lee Buchanan pulled one back from Bremen in the 89th minute, pouncing on the loose ball and slicing his shot into the top corner. Any hopes of the perennial title-chasers tightening their defence in the closing stages washed away, as did the hopes of a domestic title race, when, four minutes later, Niklas Schmidt brought the away side level with a flick from Amos Pieper’s cross.

Two points dropped would soon become three for Dortmund in the 95th minute when Oliver Burke raced behind the backline and slammed a shot in at the near post, completing a remarkable six-minute turnaround.

Dortmund weren’t alone in their misery, for Bayer Leverkusen, too, had lost their must-win game against a struggling TSG Hoffenheim. Christoph Baumgartner put the hosts ahead in the ninth minute with one of the goals of the round, slamming his heel into the ball with his back to the goal.

Andrej Kramaric, Hoffenheim’s record-goalscorer, added one more to his collection shortly after the half-hour mark with a header from close range to put his team 2-0 ahead.

Georginio Rutter scored Hoffenheim’s third of the night, another contender for the best strike of the weekend, when he cut onto his left from the right flank and slammed the ball into the far corner with a sensational hit. Leverkusen, with their latest defeat, left rock-bottom of the league table.