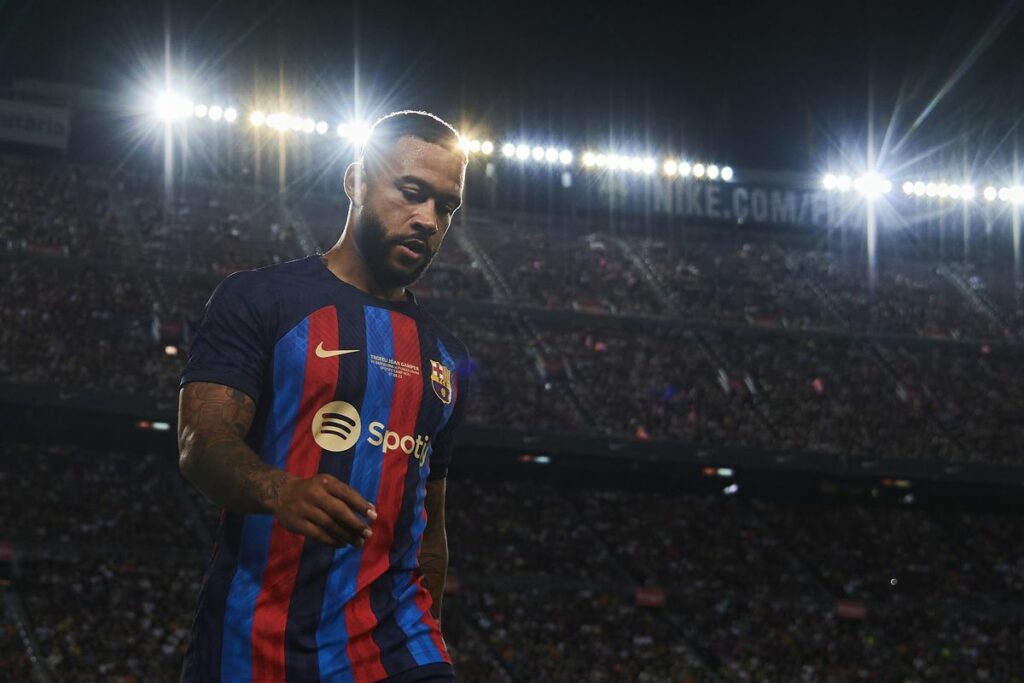 Barcelona’s turbulent summer continues with the proposed sales of Memphis Depay and Pierre-Emerick Aubamyenag likely to occupy the Spanish giants for the next few days. The club is in a race against time to get multiple salaries off their books as their new, shiny arrivals wait in the wings for their names to be registered with LaLiga for the upcoming season.

Depay is among those who could make room in the salary cap by leaving Barcelona this summer. As per Fabrizio Romano, the player and his representatives are in talks with the club to terminate his contract a year before it expires. The Dutchman is being linked with Tottenham and Turkish Super Lig clubs. Instead, Juventus are leading the race to sign him – only as a free agent – on a two-year contract.

The 80-cap Netherlands international joined Barcelona in the summer of 2021 on a free transfer after his contract with Lyon came to an end. He made 38 appearances for the club across all competitions and scored 13 goals.

According to multiple reports, Chelsea are interested in Pierre-Emerick Aubameyang to bolster their attack after losing both Romelu Lukaku and Timo Werner this summer. The Blues have been linked with the ex-Arsenal forward in the past, with head coach Thomas Tuchel reportedly a fan of the player having worked with him previously at Borussia Dortmund.

According to Romano, Aubameyang is one of the names on Chelsea’s shortlist as the Blues race against time to strengthen their squad for the 2022/23 campaign. The club is also interested in Wesley Fofana, Frenkie de Jong, and Cesare Casadei. However, they are yet to present Barcelona with a proposal to buy the forward from them.

Aubameyang joined Barcelona in February 2022 after rescinding his contract with Arsenal. He made 23 appearances for the club and scored 13 goals.