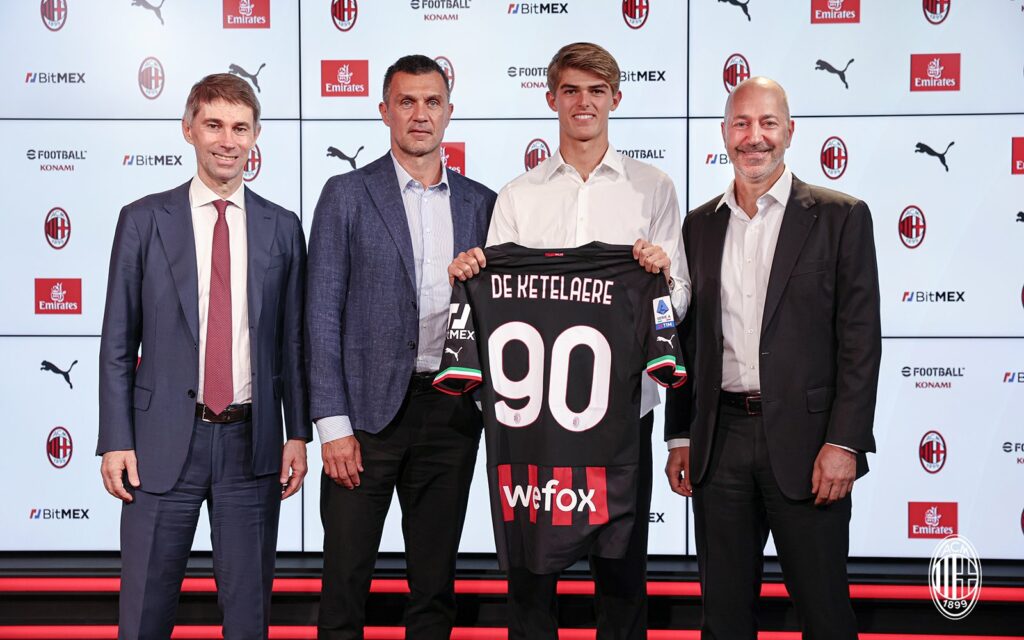 Speaking to the club media, the Belgian called joining a historic club like AC Milan a dream come true. The attacker also had interest from Premier League side Leeds United – who as per some reports in the English media – were offering Club Brugge a higher sum but chose to sign for the Italian champions instead.

“Becoming a footballer is something you can only imagine. I have always dreamed of being one, but I would never have believed I could play for a club like AC Milan. Today this is a reality and I’m very proud,”

De Ketelaere also spoke about Milan’s history, naming the many top-tier players the club has produced or signed over the years, including the current director – and a key driver behind the deal – Paolo Maldini.

“It’s difficult to talk about Milan’s history. There have been so many champions like Ronaldinho, Paolo, Kaka, but also the Dutch like Gullit, Van Basten,”

The forward, who enjoyed his best professional season to date the last term with 18 goals in 49 appearances, named Manchester United’s Cristiano Ronaldo as his inspiration in his first club interview while revealing that he watched a lot of AC Milan growing up.

“My idol since I was a child is Cristiano Ronaldo, but AC Milan also had incredible champions. As a boy I watched a lot of their videos, it was a fantastic team and it is still a fantastic team now,”