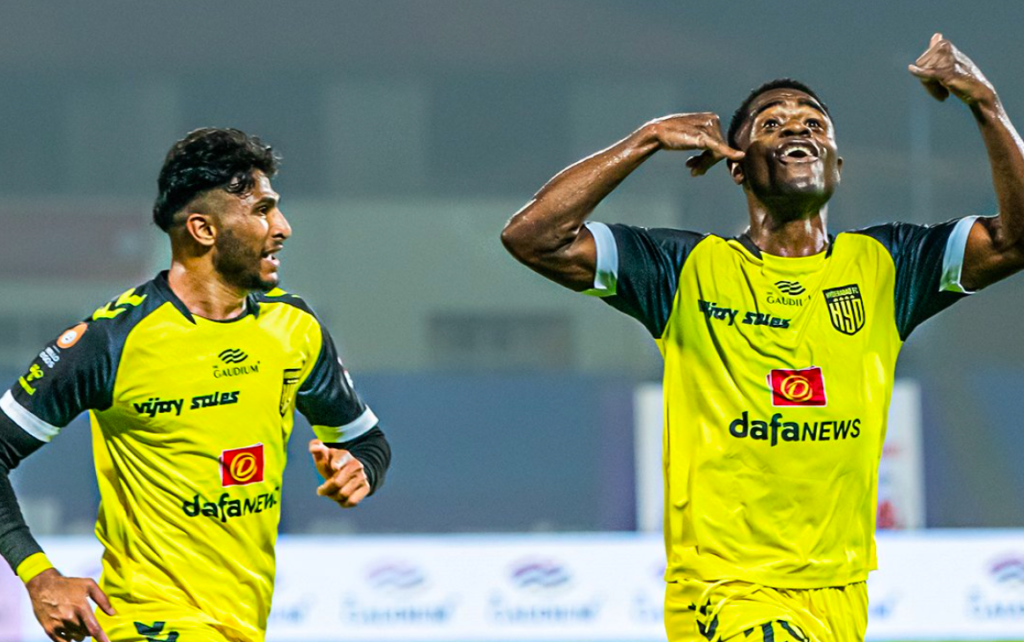 Star Indian winger Aniket Jadhav has completed his move to Emami East Bengal in a transfer that cost ₹10 lakh to the Red and Gold brigade. Jadhav agreed to join the club after several one-on-one meetings and is already in Kolkata to complete the formalities, as mentioned by Khel Now.

Jadhav was a pivotal part of the Hyderabad FC unit that won the Indian Super League last season and made 20 appearances for Manuel Marquez’s side. The 22-year-old scored two goals and was a live wire on the wings throughout the season for the ISL champions. Before joining Hyderabad last July, he made his mark with Jamshedpur.

Initially part of the AIFF Elite Academy, Aniket also spent time with the Indian Arrows in his late teenage years. The winger made his international debut in 2022 when head coach Igor Stimac called him up for the friendly fixtures against Bahrain and Belarus in March.

The run of impressive performances compelled East Bengal to strengthen their attacking options with his acquisition. He is set to sign a multi-year contract with the club.

East Bengal recently confirmed the acquisition of Stephan Constantine as their head coach. The Englishman was previously the Indian national side’s head coach in two separate terms, and Jadhav could make great progress under his guidance.

Incidentally, Jadhav is not the only player rumoured to be moving from Hyderabad to EBFC in this transfer window. Already two players have are linked in the same direction in a short span of time, goalkeeper Gurmeet Singh and right-back Souvik Chakrabarti. Gurmeet did not get enough playing time with senior keeper Laxmikant Kattimani taking charge for the club, whilst Chakrabarti is moving along for similar reasons.

East Bengal have struggled to make their mark ever since they moved to the Super League a couple of seasons ago. Having finished bottom of the table in their first outing in the tournament, they repeated the same feat the last season. They are desperate to avoid finishing rock bottom this season and have made three signings thus far.

Ivan Gonzalez, the Spanish centre-back from FC Goa, has signed on the dotted lines for the Red and Gold brigade, while right-back Rakip Mohamed joined the club after leaving Mumbai City.