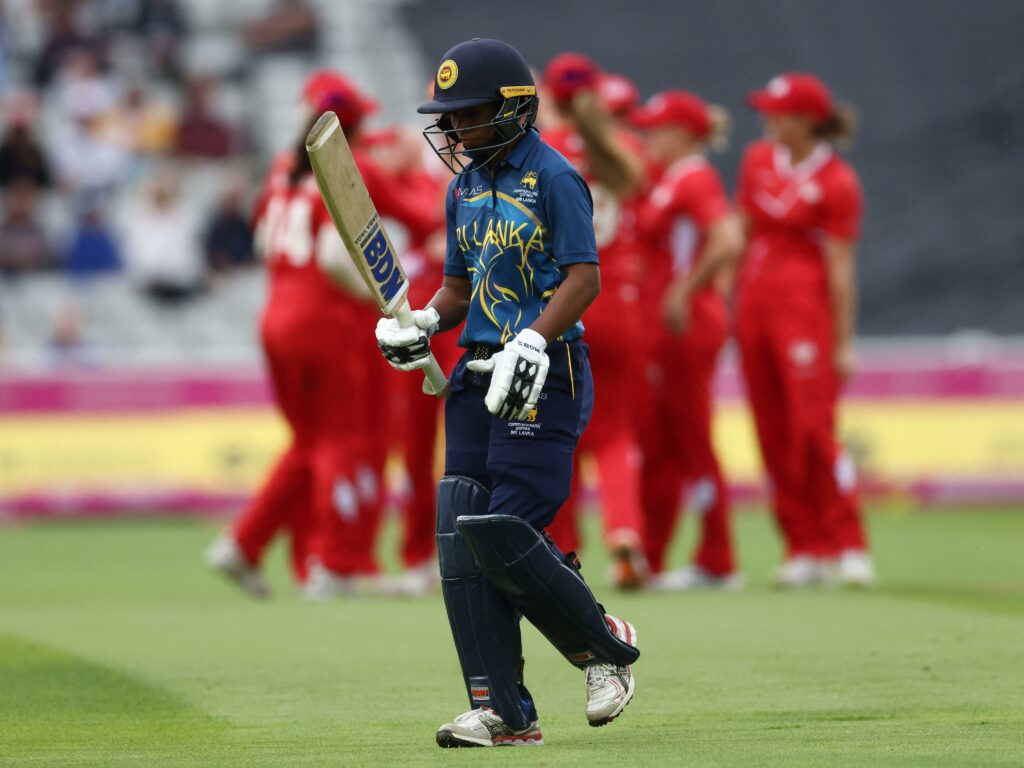 In their first Group B encounter of the Commonwealth Games 2022, England flexed their muscles to an easy win against Sri Lanka.

Bowling first, Natalie Sciver and company restricted the emerging Asian side to just 106/9 in their allotted 20 overs, with Sophie Ecclestone leading the pack via a fantastic spell of 3 for 25. England also had Issy Wong (2/10) and Freya Kemp (2/14) taking two wickets apiece.

With no pressure let-off, the Sri Lankans had almost zero breathing space with the bat in hand and eventually failed to put any sort of challenge on their English counterparts.

In a sorry-looking scorecard, only one of their players – Nilakshi de Silva (25) – made into twenties and that too off 28 deliveries. Sri Lanka needed their star performer Chamari Athapaththu to rise to the occasion and lead her team’s fight. But she failed to make her presence felt, scoring 10 off 18 deliveries.

Having dominated with the ball, England had a straightforward route towards the winning post in the second half. They had their stutters and lost five wickets along the way but eventually reached home with nearly three overs left in the game.

No.3 batter Alice Capsey made a sedate 44 to propel her side through to victory, with middle-order batter Maia Bouchier also flourishing in her unbeaten 18-ball 21.

On a disappointing batting day, the Sri Lankans found a couple of positives with the ball. Inoka Ranaweera picked up a three-fer (3/29), while veteran Oshadi Ranasinghe (2/20) bagged two scalps at her end.