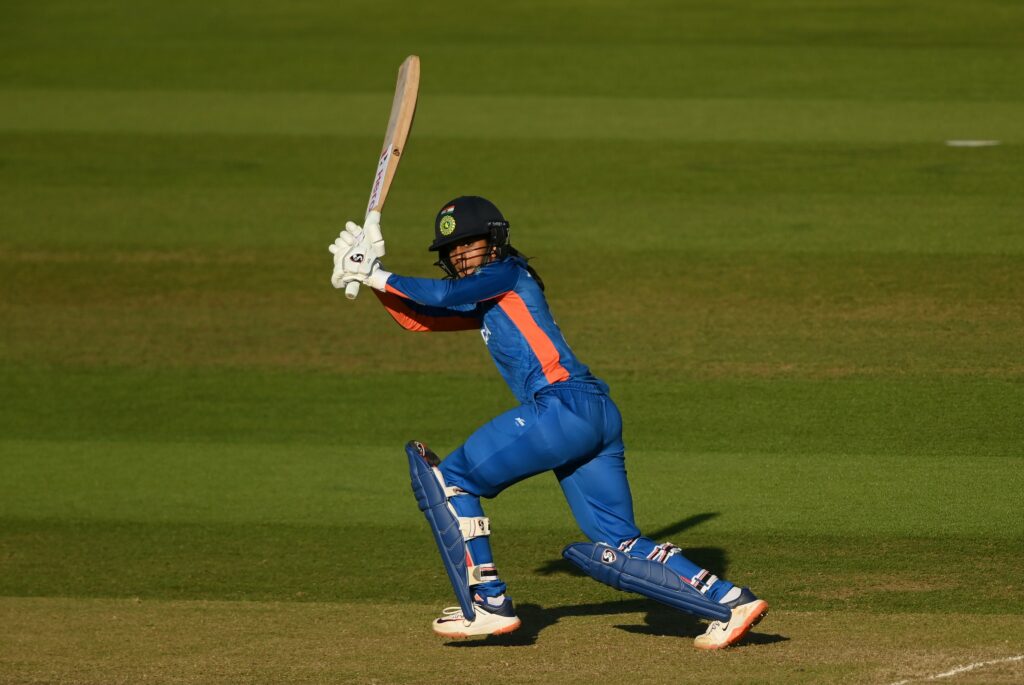 Jemimah Rodrigues scored a fluent 76, setting it up for India’s 41-run win in their first Women’s Asia Cup 2022 encounter against Sri Lanka outfit in Sylhet on October 1. As such, the six-time Women’s Asia Cup winners of the seven editions played, made a winning start to their 2022 campaign.

India didn’t quite get off to the best of starts after being put in, with in-form Smriti Mandhana and Shafali Verma dismissed by the fourth over of the innings, with just 23 runs scored. Having missed the recent England tour with injury, Rodrigues showcased great skill and application under scorching heat, adding an 82-run third-wicket stand with Harmanpreet Kaur.

The skipper fell for 33 off 30 with 4.1 overs remaining, while Rodrigues scored 76 off 53, striking 11 fours and a six to help India finish 150/6 in the allotted 20 overs. Oshadi Ranasinghe was Sri Lanka’s standout bowler on the day, returning 3/36.

The Sri Lankans made a promising start to the chase, racing to 39/1 by the end of the fifth over despite skipper Chamari Athapaththu falling early to Deepti Sharma.

Deepti then showcased her brilliance in the field, running out Malsha Shehani with a direct hit, while opener Harshitha Madavi was a victim of a mix-up after having hit five fours in a 20-ball 26.

The batting crumbled thereafter as the scoring slowed down, with Hasini Perera offering some resistance with 30. Dayalan Hemalatha returned 3/15, while Deepti and Pooja Vastrakar bagged two wickets each as Sri Lanka were bundled out for 109 with 1.4 overs unused.

Earlier, defending champions Bangladesh had beaten Thailand by nine wickets in the tournament opener. On October 2, Pakistan will face Malaysia, while Sri Lanka will be up against the UAE.