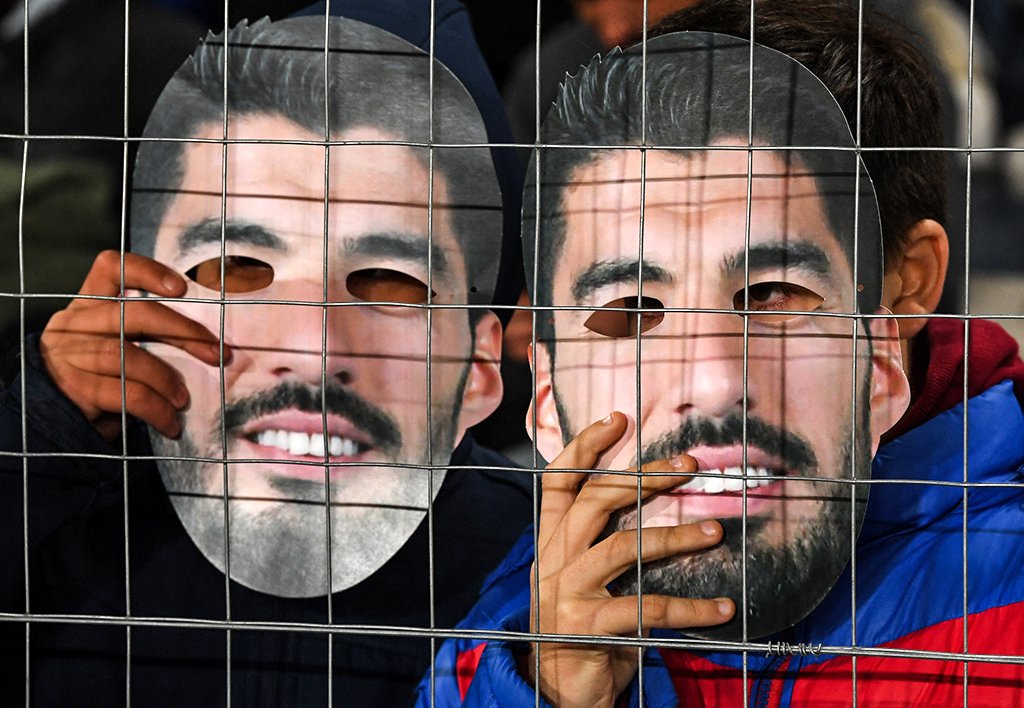 After being linked with a move to sign free agent Luis Suarez, Nacional supporters went above and beyond. At a Primera Division game against Cerrito, approximately 20,000 of them wore masks bearing the image of the former Liverpool and Barcelona striker.

The 35-year-old, who left Atletico Madrid as a free agent last month, has been approached by Borussia Dortmund if a report in Sky Sport Germany is to be believed. However, according to Uruguayan journalist Rodri Vazquez, the player is set to return to the scene where it all began for him.

Suarez made his professional debut for Nacional at the age of 18, helping them win the Uruguayan league title and a move to Europe the following season with Groningen A short-term agreement, at least until the World Cup begins in November, is said to be in the works.

Moreover, on July 21, Nacional officials told a local journalist that Suarez would rejoin El Club Gigante (The Giant Club) within 48 hours, “except for a catastrophe.”

The club then tweeted ”What do you say wizard?” alongside a photo of a sign reading #SuarezANacional (Suarez to Nacional) being held by a statue of tango singer-songwriter Carlos Gardel inside their home venue. The hashtag then became a social media campaign, mobilising fans to express their desire for Suarez’s return.

The large quantity of Suarez masks were produced in a matter of hours, as were another 15,000 sheets reading #SuarezANacional, to be displayed at their Primera Division home game against Cerrito on July 21. More than 20,000 fans showed up, far exceeding expectations, and the masks and signs were distributed as they entered the Gran Parque Central.

Then, in the ninth minute, fans wore and held up the number Suarez wore while playing for Barcelona and Atletico Madrid over the last eight years, chanting ‘Ole, ole, ole, ole, Lucho, Lucho.’

Suarez scored 34 goals in 83 appearances during his two-year stay in Madrid. His goals aided Diego Simeone’s side to the 2020/21 La Liga title, Atletico’s first in seven years. However, Los Rojiblancos were unable to defend their title and finished third last season. Suarez appeared in 45 games across all competitions, scoring 13 times.