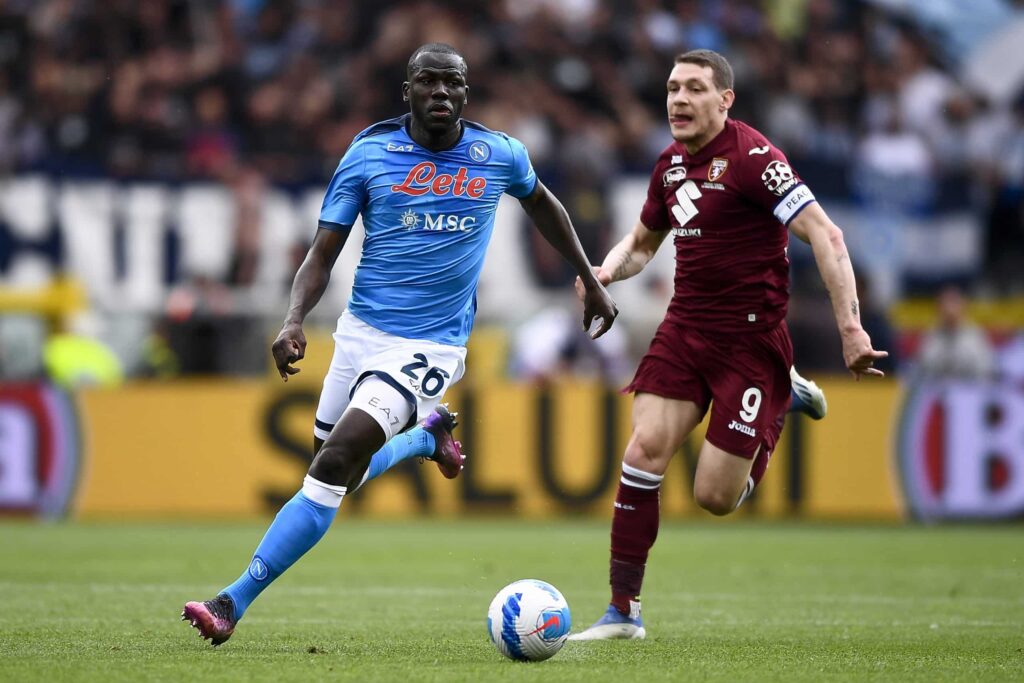 Senegal international skipper Kalidou Koulibaly has been offered a new long-term deal at Italian giants Napoli and according to the club’s sporting director Cristiano Giuntoli, the club considers the imposing centre-back “non-transferrable and untouchable”.

There have been several reports speculating that the Senegalese skipper is a top target at Barcelona. The Catalans have been linked with multiple players, of which Koulibaly, as well as France and Sevilla centre-back Jules Kounde, are mentioned to be their primary defensive targets.

Koulibaly was also said to be keen on a move to Barcelona but Giuntoli seems to have other ideas. He is on the last year of his current deal with Napoli, and is rumoured to be looking for other opportunities outside Italy.

He was also heavily linked to a shock move to Juventus, presumably to fill the shoes of legendary Italian defender Giorgio Chiellini, who recently moved to Los Angeles FC from Juventus. Napoli, on the other hand, are keen to keep the defender, and have reportedly offered him a multiple-year contract, following which he will also be a part of the Napoli board.

“Koulibaly is a key player for us. There’s no bid from any club. We’ve offered him a new deal for €6m net salary per season plus a future role as part of the board. It’s a huge proposal, €60m gross for Napoli – Koulibaly deserves it all.”

“We didn’t need to tell Koulibaly that we’re not selling him to Juventus – because we consider Koulibaly untouchable and non-transferrable. Koulibaly told us he wants to think about our new deal proposal and explore the options for his future.”

Koulibaly has been on the radar for many top clubs for several years now, as he has consistently produced top-notch performances for both club and country.

In 2018, the Senegalese drew massive interest from Manchester United, but the move did not materialise as the Naples-based club reportedly demanded a huge figure of 120 million euros. The Red Devils were not willing to pay the fee, and hence the deal broke down.

Similarly, Napoli are hell-bent on keeping Koulibaly at the club, and will do everything in their power to ensure that the player extends his stay at the Sao Paulo.