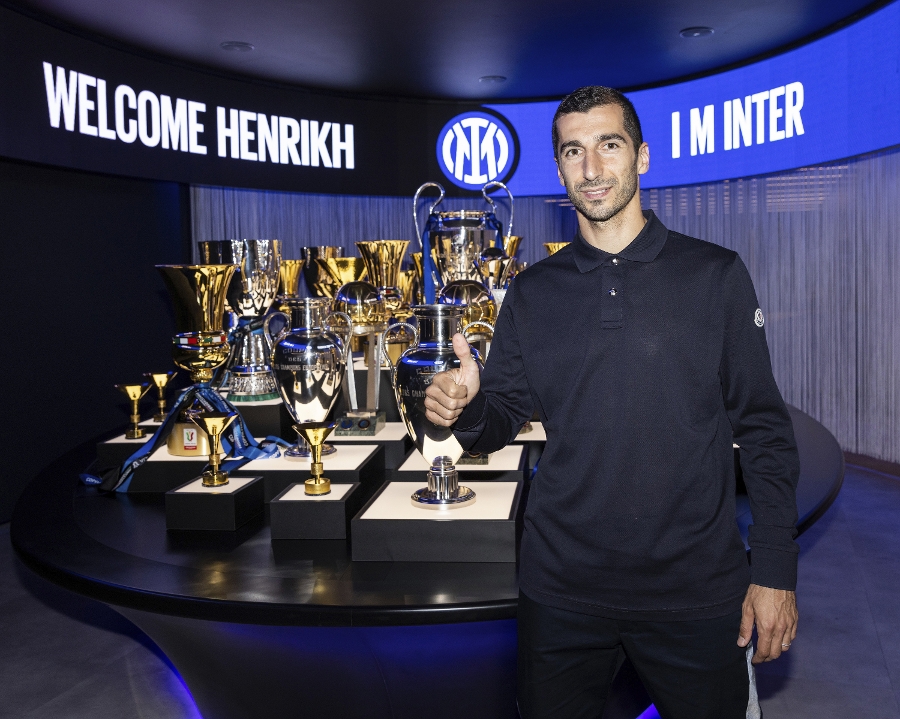 Internazionale have moved swiftly in the transfer market to add four new players to the squad that finished second behind rivals AC Milan in the 2021/22 Serie A title race – just a year after they themselves won the league.

Inter Milan have signed former Borussia Dortmund, Manchester United and Arsenal playmaker Henrikh Mkhitaryan on a free transfer, following the expiration of his deal with AS Roma. The 33-year-old has joined the Nerazzurri on a two-year contract, with the opportunity to play Champions League football again high on the list of factors that made him switch teams.

The Armenian has played Serie A football since 2019, first on loan at Roma for a year and then permanently for two more. He scored 29 goals in 117 appearances over those three years for the Giallorossi, helping them win the inaugural UEFA Europa Conference League last season.

“I’m happy that I’ve already spent three years in Italy, and now I’m proud to be an Inter player. There are children that look at me and have the same dream I had. They want to be part of Serie A and I hope to be an example for them,”

Joining Mkhitaryan at Inter is Cameroonian custodian Andre Onana. The 2020/21 Serie A champions agreed to sign the goalkeeper on a free transfer last year from AFC Ajax and confirmed his signing a day after his contract in the Netherlands concluded. Onana named former Inter striker Samuel Eto’o as a big influence in his decision to sign for the club.

“He always spoke very highly of this Club and told me that Inter would be perfect for me given the way I play. That’s why when I heard about the offer from Inter – a great Club that was interested in me – I never had any doubts. Being here is fantastic, I’m really happy,”

Inter have also signed 20-year-old midfielder Kristjan Asllani following his breakout season with Empoli. The youngster has joined the Italian giants in a loan deal, which would turn into a permanent one should he achieve certain targets at his new club.

Also read 👉 Official: Lukaku loaned back to Inter, one year on from his record-breaking Chelsea move