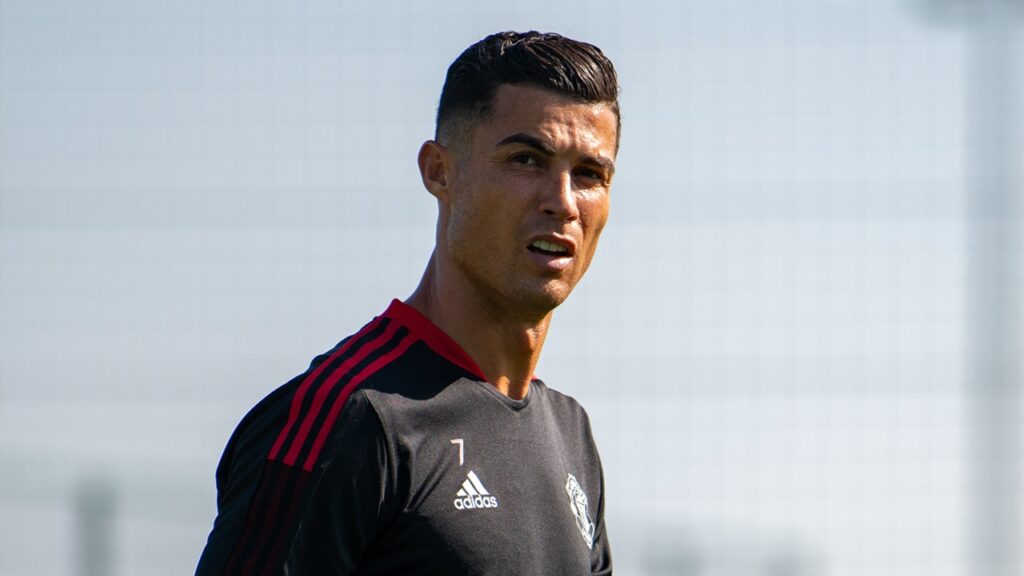 Cristiano Ronaldo’s 25 goals weren’t enough to seal a UEFA Champions League spot for Manchester United. The Portugal international has now asked the club to accept a desirable bid, should one come their way, reports The Athletic.

The five-time Ballon d’Or winner has reportedly communicated to the club that he wishes to leave the club this summer, should a desirable bid be lodged for his services from any interested parties. Ronaldo only returned to Old Trafford the summer before this one after thirteen years away, first at Real Madrid and later at Juventus.

The Red Devils swooped in ahead of rivals Manchester City, who were closing on him, to sign Ronaldo from Juve for a small transfer fee last summer. On his return to Old Trafford, the talisman scored 24 times across all competitions in 38 appearances but couldn’t help his side secure a berth in the 2022/23 UEFA Champions League group stage.

Additionally, United were knocked out of both the domestic cups and the Champions League during the early knockout stages, making it another silverware-barren season in the red half of Manchester, while their rivals City ran away with the league title and Liverpool collected both the cups.

Ronaldo has a year left on his current contract – albeit the club holds the option to extend it by 12 additional months – and is valued at 30 million euros by Transfermarkt presently. However, no clubs are currently in advanced negotiations with Manchester United for his transfer.

Furthermore, The Athletic claims that the Red Devils are firm in their stance that the 37-year-old, despite being the Premier League’s highest earner, is not for sale.

According to the report, Chelsea are keen on the forward after their new owner Todd Boehly met with his agent Jorge Mendes in a private meeting last month. Bayern Munich, too, are reportedly keen to secure his services, while Serie A side Napoli are a surprise name in the bunch.