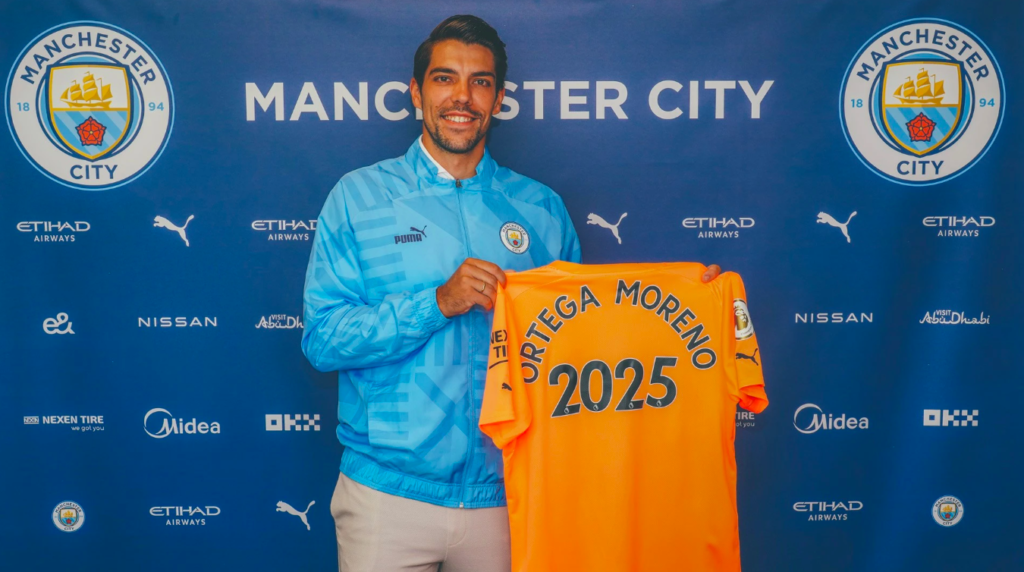 The Citizens have made goalkeeper Stefan Ortega Moreno their second signing of the summer. The club announced the German’s arrival on July 1, a day after his contract with the relegated Bundesliga side Arminia Bielefeld concluded.

The 29-year-old has signed a three-year contract with the Citizens, which will run until the end of the 2024/25 season, and has taken up the number 18 shirt for the campaign ahead.

“For me, it was the opportunity to join one of the biggest clubs in the world. Also, it is a chance to experience a new country, a new culture, and the best league in the world.

“The whole package was perfect for me. I needed a lot of time to think about it because it is a huge step, but now I am very happy to be a part of a club like Manchester City,”

Ortega began his professional career at Bielefeld in 2011, four years after joining the club’s youth sector. The custodian spent three years with the club in his first spell before joining 1860 Munich. After three more years in Munich, he returned to Bielefeld, eventually helping his side win promotion to the Bundesliga in 2020.

Ortega’s arrival paves the way for Zack Steffen’s exit. The United States of America international is the current backup to the City number one Ederson Moraes but is reportedly on the verge of sealing a loan switch to Championship outfit Middlesbrough.

Furthermore, the Citizens are also bound to lose academy graduate Arijanet Muric. As per The Athletic, Burnley, who recently appointed former City captain Vincent Kompany as their manager, are looking to sign the 23-year-old this summer after a string of loan spells all over Europe. Burnley face competition from Turkish side Adana Demirspor, where Muric spent the 2021/22 season.