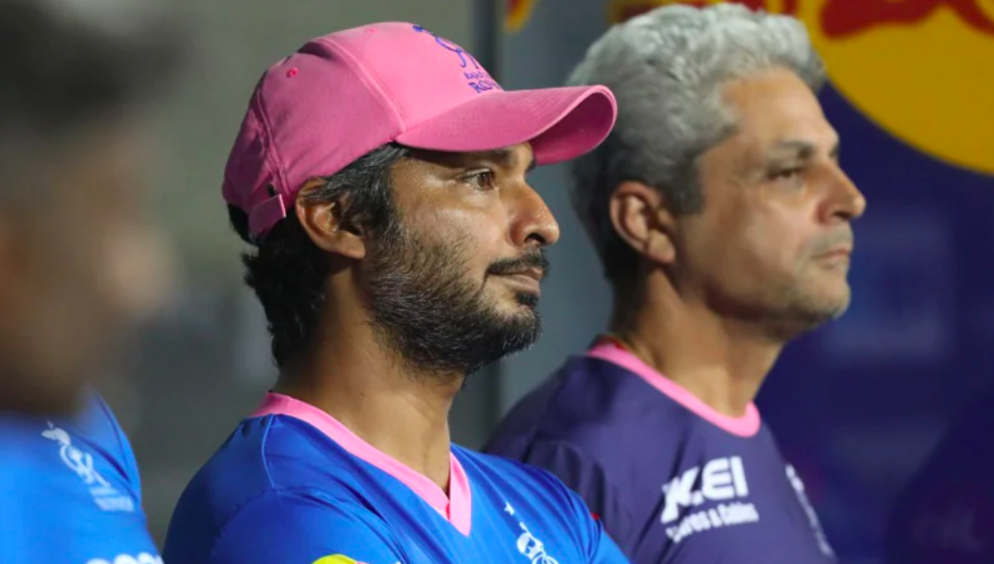 Rajasthan Royals director of cricket Kumar Sangakkara spoke highly of Daryl Mitchell’s work ethic as the New Zealander registered his third century in the ongoing England-New Zealand Test series on June 24. The 31-year-old has had quite an English summer, with hundreds in each of the three Tests in the ongoing series.

Mitchell wasn’t a certain starter in the New Zealand XI at Lord’s before an injury to Henry Nicholls opened up the way. He got his name onto the famous Honours Boards at the Home of Cricket with a ton in the second innings and later went 190 and 62* in the second Test at Trent Bridge.

He top-scored with 109 in the Blackcaps’ first innings effort of 329 in the ongoing third Test at Headingley, becoming the only player from his country to register three back-to-back hundreds against England.

Mitchell was a part of the Rajasthan Royals setup in the IPL 2022 and had played just two games in the team’s run to the final. However, he did come to the notice of the former Sri Lanka captain Kumar Sangakkara, the team director of cricket, with his supreme work ethic.

“He carried his iPad to every team meeting, took notes and asked questions. It wasn’t asking questions for the sake of asking questions, he was heavily involved. The way he carried himself, in a bio-bubble for over two months, the hard work he put in at the nets despite playing two matches, it was top-class,”

The Black Caps had England reduced to 55/6 after Trent Boult ran through the top-order, but a brilliant counter-attack from Jonny Bairstow (130*), who registered his second consecutive hundred, and debutant Jamie Overton (89*), powered them to 264/6 by stumps on Day 2.