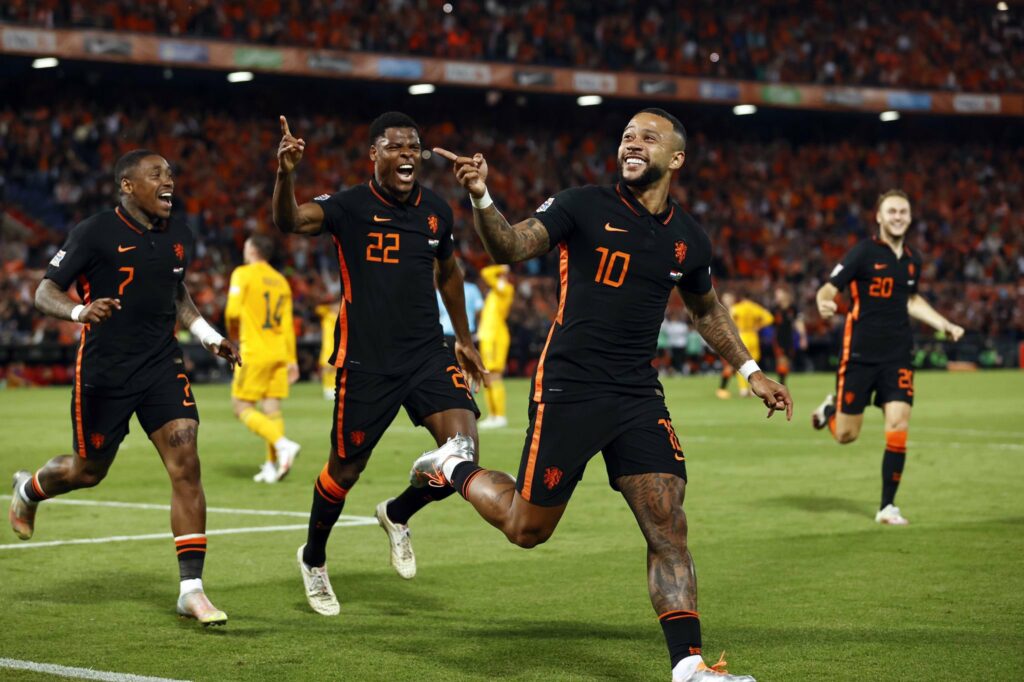 For the second time in a fortnight, the Netherlands conceded a late goal against Wales, but managed to score one themselves to win the game. Elsewhere, Belgium beat Poland through an early goal from Michy Batshuayi.

Lightning struck twice in Feyenoord on Tuesday night when the Oranje scored a 93rd-minute winner to beat Wales – who had only leveled the tie two minutes earlier. The events repeated themselves six days after the sides’ last meeting in Cardiff.

Netherlands took the lead in the 17th minute through Noa Lang. The winger cut inside and out, throwing the defenders off their balance, before lashing in a powerful shot from close range. Six minutes later, Cody Gakpo doubled the Dutch’s lead, curling the ball past Wayne Hennessey following a lucky break.

However, the Dragons went into the break only a goal behind, thanks to Brennan Johnson’s strike in the 26th minute. The youngster passed the ball into the net from outside the box, his second goal in two games.

Gareth Bale leveled matters in the 92nd minute from the spot after the referee had spotted Tyrell Malacia’s foul on Connor Roberts. However, just as it had transpired in Cardiff, Netherlands caught their opponents through a quick break, and Memphis Depay slid in to score the winner two minutes later at the other end.

In the other game of the Group A4, second-placed Belgium beat third-placed Poland to increase their chances of making it to the final four. The Red Devils took the lead in the 16th minute through the in-form Michy Batshuayi. The perennial Chelsea loanee diverted the ball through his head past Wojciech Szczesny at the end of a cross from Youri Tielemans.

Belgium held on to close out the win, moving three points behind group leaders Netherlands. The Red Devils play Wales first when the Nations League returns in September before taking on the Oranje in a potential play-off spot decider.

Meanwhile, Louis van Gaal’s team will take on Poland initially in the next international break, where a loss for the latter would end their hopes of making it into the final four.