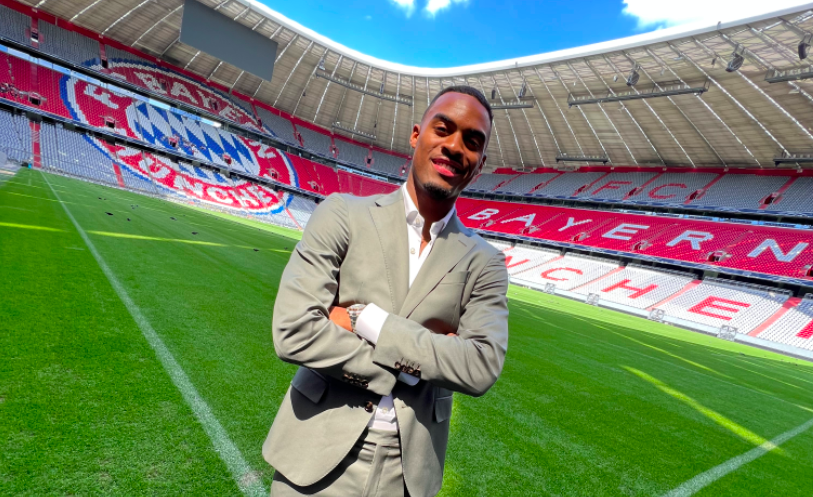 Bayern Munich have signed AFC Ajax midfielder Ryan Gravenberch on a five-year contract, the club confirmed on Monday night. The Bavarians beat competition from their European counterparts to sign the 20-year-old Dutchman, paying the Amsterdam club 18.5 million euros up front – plus an additional 5.5 million in add-ons – to complete the deal.

Speaking to the Bayern website for the first time since his move, Gravenberch claimed that he chose the Bundesliga champions as his next club to win trophies.

“When the offer came from FC Bayern, I didn’t have to think about it for long. FC Bayern are one of the biggest clubs around; players from all over the world want to play for this club.

I’m coming to Munich to win lots of titles – and FC Bayern are used to winning lots of titles. Anything is possible with this club, including winning the Champions League. The togetherness in this team is very strong, which I like,”

Gravenberch joined Ajax as an eight-year-old in 2010 before climbing up through the youth ranks and ultimately into the Jong Ajax side in 2018. The Dutchman made 44 appearances for the reserve side over two seasons while making sporadic cameos for the senior team before he was integrated fully into by the then manager Erik ten Hag in 2020.

With his boyhood club, the midfielder won three titles in 2018/19, 2020/21, and 2021/22. During this time, Gravenberch also became a full international with the Netherlands; he made 10 appearances for the Oranje in 2021 and scored one goal.

The 20-year-old becomes Bayern’s second signing of the summer; the Bavarians confirmed the arrival of Gravenberch’s former Ajax teammate Noussair Mazraoui previously, who joined the club on a free transfer after his contract had expired. The reigning German champions are also in the market for a new forward, with Liverpool’s Sadio Mane their preferred candidate.