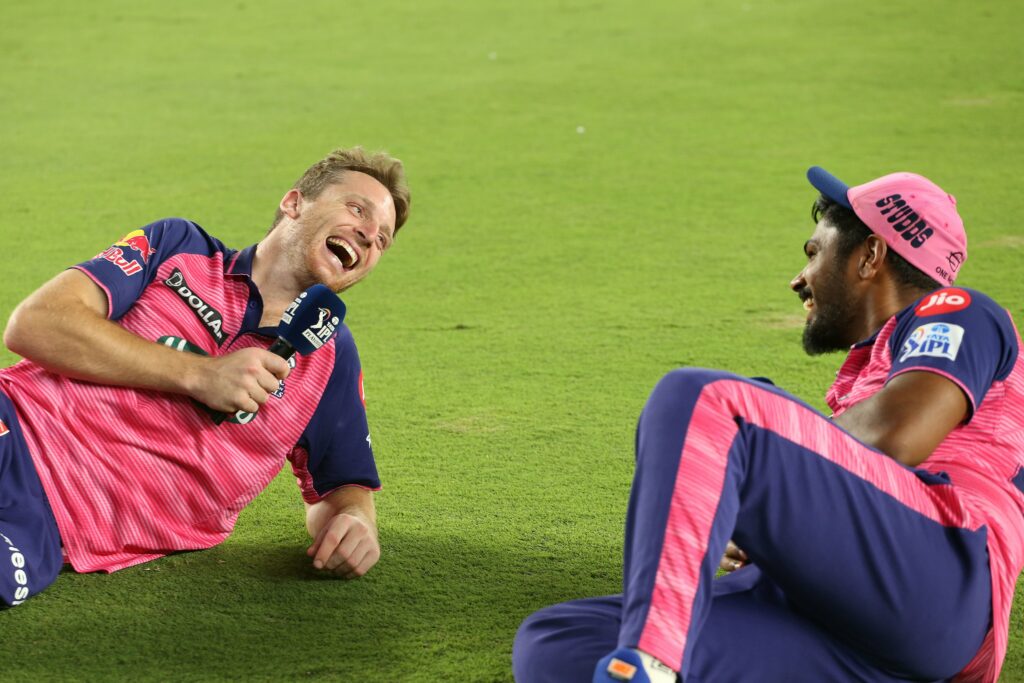 Royal Challengers Bangalore were comprehensively beaten by Rajasthan Royals in the Qualifier 2. RR outclassed RCB in what was a disappointing game from a neutral perspective, as it was a pretty one-sided encounter from the very beginning.

Rajat Patidar, however, impressed under pressure once again with a mature half-century, as RCB stumbled to a modest total of 157 in their 20 overs. Jos Buttler’s extraordinary form carried the Royals into the final, with the Englishman scoring a record-equalling fourth century of the season.

The Lancashire batter took the game away from the Royal Challengers even before they could even make an attempt to salvage the game, crossing 800 runs in the tournament during the course of his innings. The Royals clinched victory by seven wickets in the end, punching their ticket to the final, where they will play Gujarat Titans.

The toss was always going to be crucial in such a huge encounter, and with the added suspense of the new venue. Sanju Samson won just his third toss of the season and decided to put the Royal Challengers into bat. The decision did seem to pay off almost immediately. A wounded Prasidh Krishna came back all guns blazing to get rid of Virat Kohli for a score of just eight.

The Royals bowled extremely well up front. They did not haemorrhage runs cheaply in the powerplay, as they strangled Faf du Plessis and also gave Rajat Patidar a hard time before he was able to settle in. Trent Boult and Krishna did a very good job of limiting the flow of runs as the RCB captain in particular, struggled to get going.

Du Plessis’ innings came to a close, with Obed McCoy delivering the huge scalp. The skipper’s departure brought in Glenn Maxwell, who looked in ominous form in the beginning. Patidar too was going strong at the other end. He backed up his Eliminator performance with another fantastic half-century.

Maxwell and Patidar looked like the ones to take RCB to a big total, but Boult put a spanner in the works, getting Maxwell in what really was a nothing ball. Maxwell’s dismissal sort of opened the floodgates for the Royals.

The MP batsman did manage to find the boundary on more than one occasion, but another attempted big shot ended up bringing his downfall as the RCB stared down the barrel. To add to their troubles, what was a mistake in the batting order perhaps cost the RCB a few runs, as they delayed the entry of Dinesh Karthik.

However, nothing could be done. The RCB collapse began with Patidar’s dismissal. Shahbaz Ahmed tried to save his side, but his valiant efforts did not offer much, and RCB ended on 157/8.

The RCB would have had to bowl extremely well from the very outset if they were to even have an outside chance at victory. This was not to be, as Mohammed Siraj was at the receiving end of a battering from Buttler and Yashasvi Jaiswal, with Rajasthan getting off to a flyer. The Englishman took down the RCB bowlers with the majestic ease we have become used to over the course of the tournament.

He was the only constant in the Royals innings, as he raced to 70 in just 38 balls. Jaiswal and Samson both batted around him before they were dismissed, but it was too late for Bangalore. Buttler scored his fourth hundred of the season, equalling Virat Kohli’s record set in 2016. He also crossed 800 runs in the IPL while his side cemented their place in the finals of the tournament that will be played on Sunday.