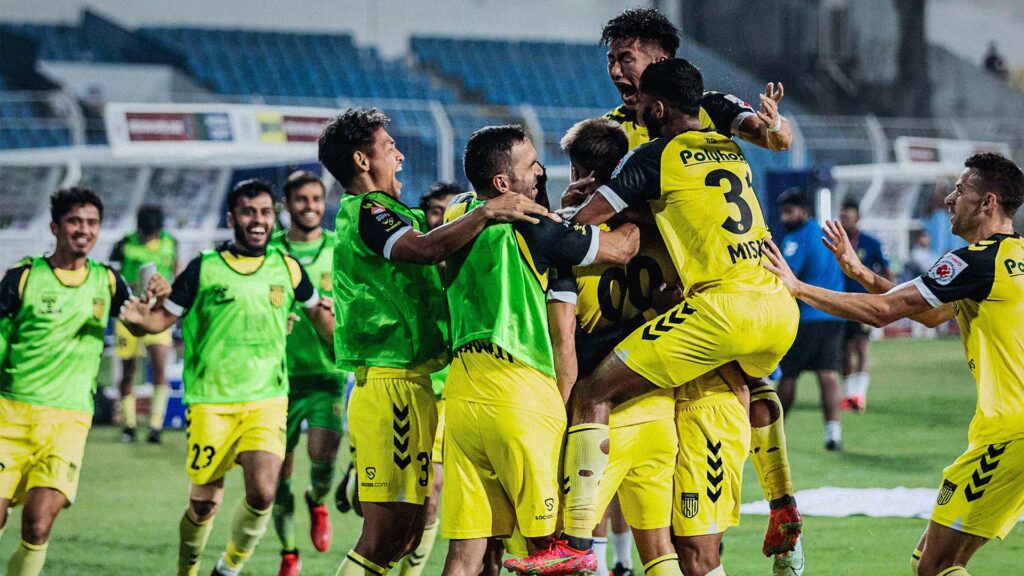 In the first minute, David Williams scored the fastest goal in Indian Super League history to give ATK Mohun Bagan the lead. The Mariners carved through the Hyderabad lines straight from kick-off. The ball eventually reached the Australian forward outside the box, and he decided to test Laxmikant Kattimani with a powerful shot. Kattimani managed to get a hand to the ball but couldn’t stop it from going in.

Hyderabad equalized for the first time in the match in the 18th minute. Amrinder Singh spilled a routine catch into the feet of the dangerous Bartholomew Ogbeche, and the forward was left with a simple tap into an empty net from close range. Both sides created half-chances before the end of the first half, but neither was able to take complete control of the proceedings.

ATK MB took the lead in the 64th minute, five after Amrinder had stopped Edu Garcia from doing the same at the other end. Williams, again, played a crucial role in the build-up, as he dodged challenges before lifting the ball towards Joni Kauko, whose header came off of Asish Rai and crept in for an own goal.

Minutes later, Liston Colaco missed a glorious chance to finish the game off in favor of the Mariners; after being played in with a superb reverse pass from Williams, the youngster opened his body to curl the ball around Kattimani but couldn’t get enough bend on it.

Colaco’s miss proved costly to Juan Ferrando’s side as Siverio equalized in the first minute of stoppage time. The 24-year-old got the better of Tiri to head an Akash Mishra cross past Amrinder. The spoils were shared, allowing Hyderabad to displace Mumbai City at the top of the table. ATK MB, meanwhile, were left a point adrift in third.