Hazlewood ruled out of second Test against Windies, in doubt for South Africa series 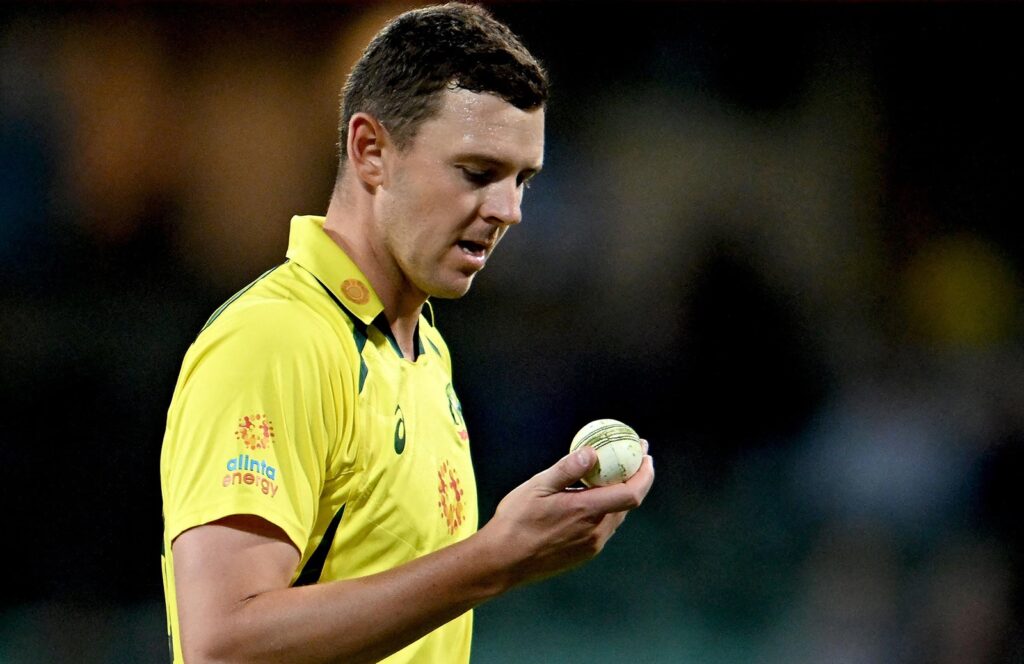 Australia speedster Josh Hazlewood is uncertain for at least the first of the three-match Test series against South Africa after being ruled out of the second Test against the West Indies in Adelaide due to a side strain.

The player’s absence from the game was first ascribed to “general discomfort,” but additional inspection revealed a side strain. He will return to Sydney on Friday for rehabilitation before being evaluated again following the West Indies series. Michael Neser has been recalled for his second Test at the same venue where he made his debut last year, resulting in two changes to Australia’s attack, with Scott Boland replacing the injured skipper Pat Cummins.

“I feel for Joshy, he’s pretty understandably flat. It’s a low-level strain in his side. He was a little bit sore after the last Test match, had a bowl in the nets yesterday to prove his fitness and was a bit sorer than we’d all hoped.”

Cummins said during a chat with the Australian media.

Brisbane will host the first Test match between the two sides starting on December 17. The situation is similar to what transpired last year when Hazlewood suffered a side strain against England at the Gabba and missed the rest of the Ashes.

Last week’s Perth Test was only Hazlewood’s second since the Brisbane Test against England, having featured only once on trips to Pakistan and Sri Lanka – in Rawalpindi – with the Aussies playing two frontline spinners at the time.

The fact that Australia has already lost two of their top fast bowlers this season underscores the difficulties in managing them throughout a frenetic schedule that includes five Tests in less than five weeks.

While the first-choice quicks will miss the Big Bash League in January, they won’t have much of a respite before heading to India for four Tests. The BCCI finalised the fixtures on Thursday, with the first Test beginning on February 9 in Nagpur, followed by matches in Delhi, Dharamsala, and Ahmedabad, with the final Test beginning on March 9.

However, Australia is unlikely to have three frontline quicks and Cameron Green in all of those matches. Given that the Indian pitches could offer some help to spin bowling, there could be a case of the Aussie pacers being rotated during the series.