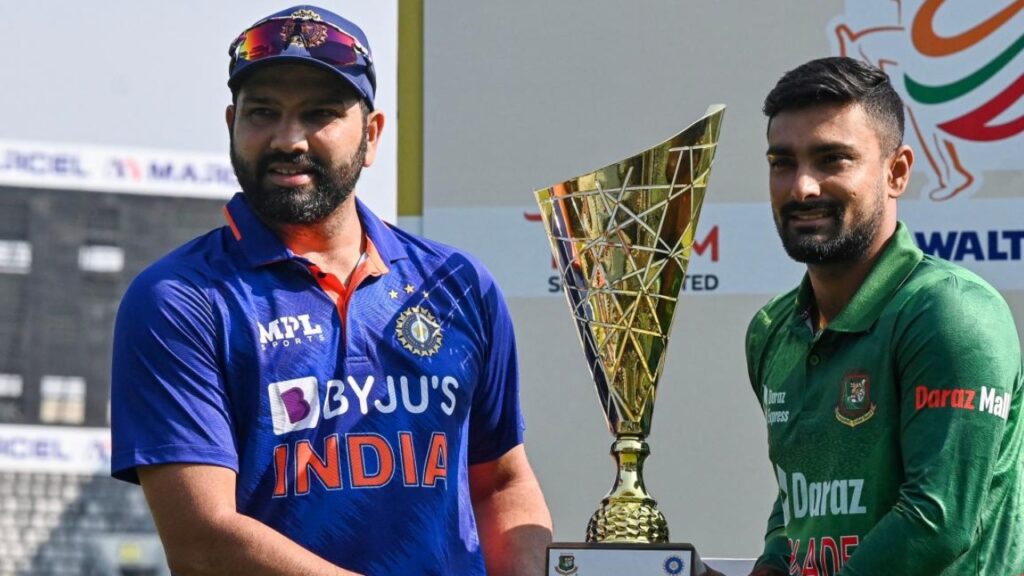 India all-format captain Rohit Sharma achieved the enviable record of becoming just the second batter to hit 500 sixes in international cricket. Rohit achieved the feat during his valiant 51* off 28 in the second ODI against Bangladesh at the Shere Bangla National Stadium, Dhaka on Thursday.

The 35-year-old has now struck 64 sixes in Tests, 256 in ODIs and 182 in T20Is, leading the charts in the shortest format. His overall count across formats now stands at 502, a tally bettered only by former West Indies batter Chris Gayle (553). Pakistan’s Shahid Afridi (476) and New Zealand’s Brendon McCullum (398) and Martin Guptill (383) round off the top-five, with Guptill being the only active international cricketer of the lot.

Former India skipper MS Dhoni (359) takes the sixth spot, the second after Rohit among Indians in this list.

Rohit suffered a hand injury while attempting a catch in slips early during the Bangladesh innings during the second ODI and was sent to a hospital. The subsequent X-ray reports confirmed no fracture.

Mustafizur Rahman held his nerve at the end to help Bangladesh clinch a series-clinching five-run win.

Rohit has already been ruled out of the third ODI in Chattogram on Saturday, and there’s still uncertainty over his availability for the two-match Test series beginning on December 14.