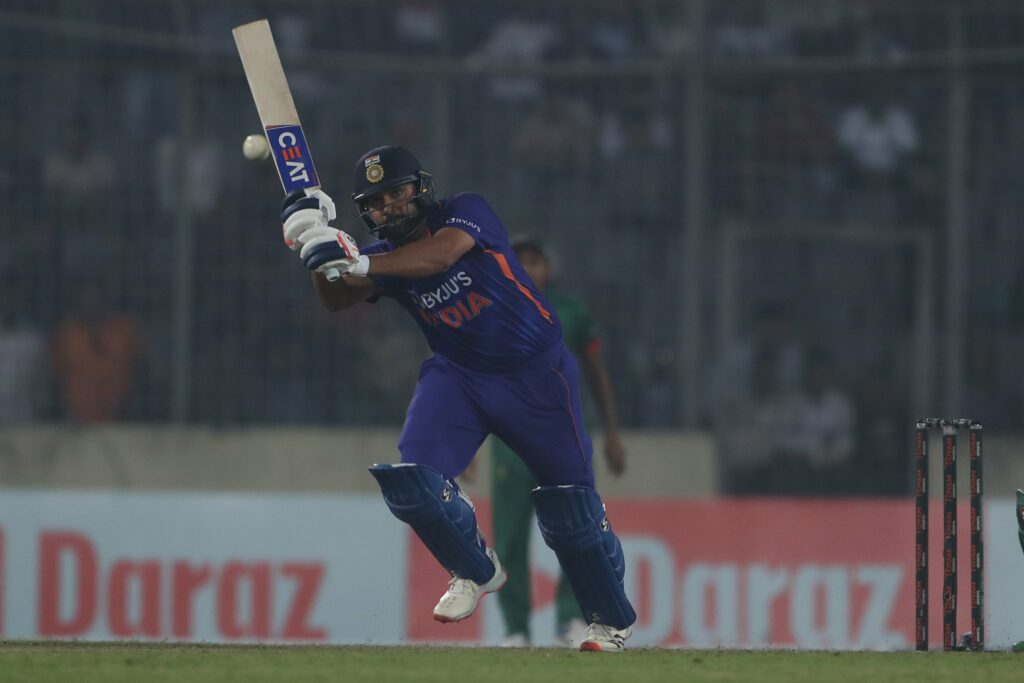 The Bangla Tigers pulled off yet another win against the Indians to capture a series win. In a lively game that went down to the wire, Bangladesh did well to hold their nerves to deny Rohit Sharma a series-levelling victory.

The skipper walked off the field after injuring his finger during the Bangladesh innings before returning to bat after the fall of the seventh Indian wicket. He played a fantastic knock of 51 in just 28 balls, but was unable to pull off the incredible as India fell short by just five runs.

Earlier, the veteran Mahmudullah Riyaz and Mehidy Hassan Miraz rescued Bangladesh from a precarious situation to take them to a winning total of 271. The two batsmen were superb in the middle, playing brilliant knocks even as the Indian bowlers seemed to be all over the Bangla batsmen.

Bangladesh skipper Litton Das won the toss and decided to bat first at the Sher-e-Bangla Stadium in Dhaka. His decision did not go as per plan initially. Indian pace bowling duo Mohammed Siraj and Umran Malik struck earlier on.

The former showed signs of returning to the peak of his powers. Siraj got rid of skipper Litton as he made a mess of the woodwork, after trapping Anamul Haque in front of the stumps.

Umran followed up with the wicket of Najmul Shanto, as Bangladesh found themselves in all sorts of trouble. Washington Sundar was brilliant as well and followed up his batting performance in the previous game with an excellent spell of spin bowling. He picked up three wickets and tied down the Bangladesh batters before the arrival of Mehidy Hassan and Riyaz.

The two all-rounders were absolutely superb as they braved the collapse to launch a stunning counterattack. Playing with the ferocity that has come of them in recent times, the Bangla batters scored at a decent click and took Siraj to the cleaners towards the end. Miraz scored an 83-ball century, while the veteran Mahmudullah contributed 77 as India were set a daunting target of 272. Amidst all of this, Rohit suffered a blow to his finger, forcing him to walk off the field.

He didn’t take the field in his usual position as Virat Kohli walked out with Shikhar Dhawan. Ebadot Hossain picked up the massive wicket of Kohli after the maestro scored a boundary before Mehidy Hassan sent Dhawan packing as well. India’s troubles were further compounded as Washington Sundar and KL Rahul both made it back into the pavilion after disappointing performances.

Shreyas Iyer and Axar Patel rebuilt the innings, not without some effort. Iyer was very cautious, while Axar did play the occasional big shot. The two former Delhi Capitals teammates managed to build a partnership worth 107. However, both batsmen fell in quick succession, and as a result, India stared down the barrel yet again. Shardul Thakur and Deepak Chahar weren’t able to do much to change the scenario before Rohit walked in, visibly hurt.

Sharma managed to fight through the pain. He launched four massive sixes to bring the equation down to 20 from the last over. The stalwart took advantage of Mustafizur’s rather predictable series of off-cutters, as he smashed 14 runs off the first five deliveries.

Rahman was able to quickly correct himself to deliver a precise yorker as Bangladesh got the better of India once again. Sharma’s heroics went in vain due to the fact that India conceded an unassailable deficit in the series. The skipper will be a doubt for the last game despite returning to the field, while India will play for pride on Sunday.