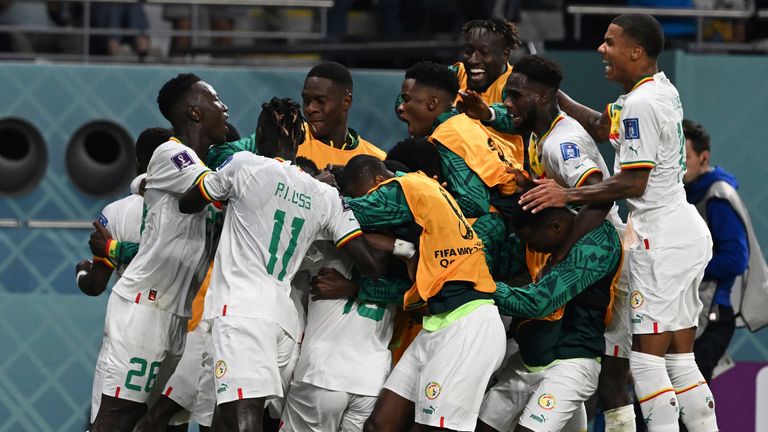 Senegal needed a win against Ecuador to qualify from Group B, and that’s exactly what they achieved in their 2-1 victory. Even without their star man Sadio Mane, who is missing the tournament due to an injury, Senegal have done enough to qualify for the round of 16, wherein they will face Group B winners England.

Ismalia Sarr drew first blood late in the first half from the penalty spot, while captain Kalidou Koulibaly volleyed home the winning goal at the Khalifa International Stadium on Tuesday. Senegal dominated proceedings early on in the game and set the tone for the rest of the contest as Ecuador shifted back and prioritised their defence instead.

Idrissa Gueye fired his shot wide from close range, whereas Boulaye Dia also had a clear chance against the goalkeeper but ended up scuffing his shot wide of the far post.

The African nation finally got their breakthrough just before the end of halftime. Sarr was adjudged to have been fouled in the box by Piero Hincapie. The Watford winger picked himself up, took charge of the penalty, and coolly slotted the ball into the bottom corner from 12 yards to give Senegal the lead.

Chasing an equaliser, Ecuador upped the initiative in the second half and pushed men forward. Their efforts were rewarded midway through the half when Felix Torres flicked on a corner and Moises Caicedo, left unmarked as the back post, provided a simple finish into an empty net.

Joy was short-lived for Ecuador fans as their African opponents ended up having the last laugh. Just three minutes later, after parity was restored, Ecuador were guilty of failing to properly deal with a corner, and the ball fell to Kalidou Koulibaly, who volleyed it home to secure the game and his side’s progress to the knockout rounds.

Elsewhere, Cody Gakpo scored his third goal in his third consecutive match for the Netherlands at this year’s World Cup, while Frenkie De Jong tapped home from close range to propel the side through to the round of 16 with a 2-0 victory over hosts Qatar.

Netherlands and Senegal, finishing with seven and six points, respectively, progressed from Group A. Ecuador and Qatar have been knocked out of the group stages.