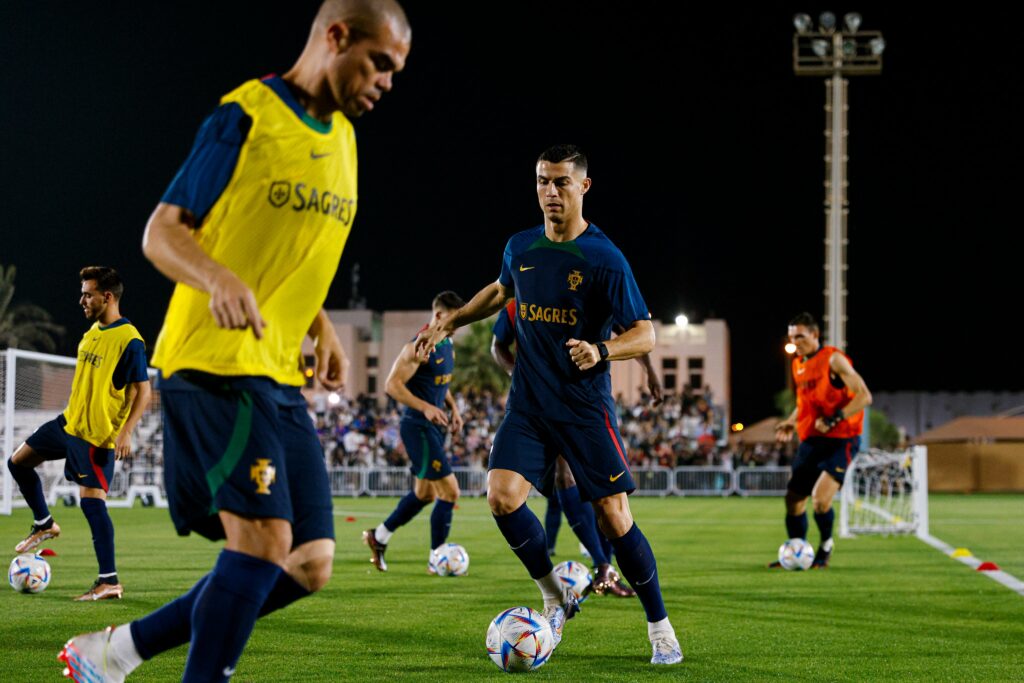 Manchester United striker Cristiano Ronaldo has agreed to leave the club with immediate effect after reaching an agreement with the Red Devils board.

“Cristiano Ronaldo is to leave Manchester United by mutual agreement, with immediate effect,”

“The club thanks him for his immense contribution across two spells at Old Trafford, scoring 145 goals in 346 appearances, and wishes him and his family well for the future.

Everyone at Manchester United remains focused on continuing the team’s progress under Erik ten Hag and working together to deliver success on the pitch.”

Ronaldo’s departure is not surprising given that his situation at the club appeared to be untenable, particularly after he declared that he did not respect Ten Hag. The Red Devils’ decision to part ways with the 37-year-old means they now prefer the Dutchman to the Portuguese superstar. United will now try to move on from an unpleasant episode, while the player is looking for his fourth club in just over four years.

Following conversations with Manchester United we have mutually agreed to end our contract early. I love Manchester United and I love the fans, that will never ever change. However, it feels like the right time for me to seek a new challenge,”

Cristiano is currently with Portugal, where he hopes to lead them to World Cup glory. On November 24, they will launch their campaign against Ghana.

Ronaldo returned to Manchester United from Juventus in the summer of 2021. Last season, he became the club’s leading scorer, with 24 goals in 38 matches across all competitions.

However, speculation about his future began in the summer after he missed the club’s entire preseason tour. He played only half of one preseason game against Rayo Vallecano.

This season, ten Hag has used Ronaldo as a substitute, and the striker has only three goals and two assists across all competitions. During his second spell with the Red Devils, Cristiano scored 27 goals in 54 appearances.