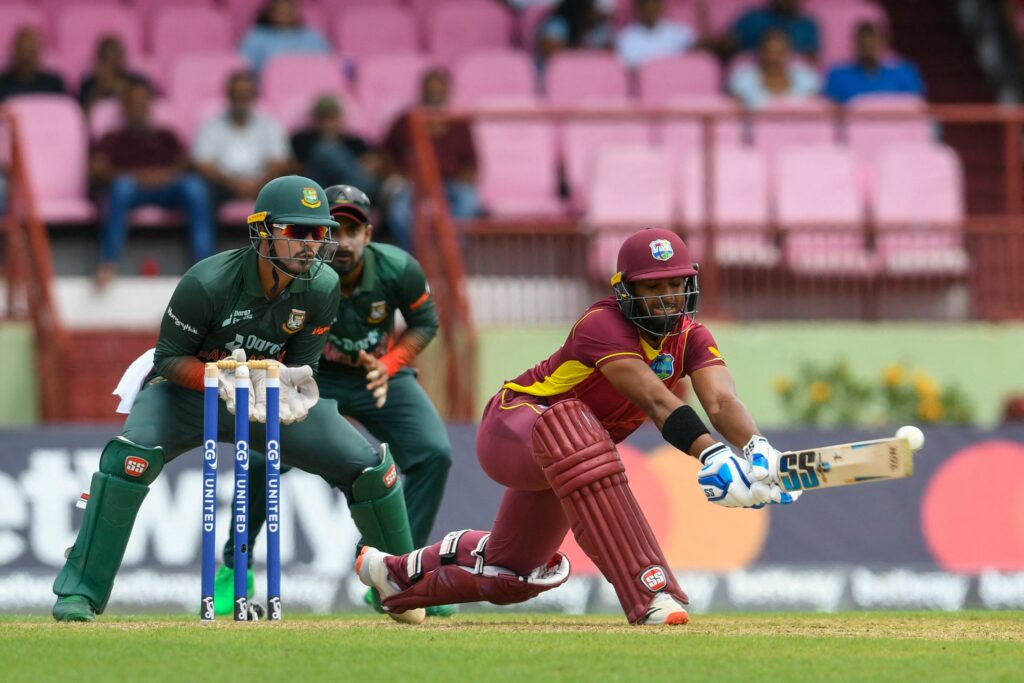 West Indies wicket-keeper batsman Nicholas Pooran has decided to step down from the limited-overs captaincy owing to a disastrous T20 World Cup campaign in Australia. The men in maroon suffered defeats against Scotland and Ireland in the first round and failed to make it to the Super 12 stage.

Pooran was handed over the reins as the captain of the ODI and T20I sides after Kieron Pollard announced his international retirement in April. He was the stand-in skipper in the white-ball series against India when Pollard was injured and then took over the role permanently.

Pooran began his captaincy stint on a good note with dominant wins over Bangladesh and the Netherlands. But then the side suffered successive series losses against Bangladesh, Pakistan, New Zealand and India leading up to the T20 World Cup.

“I have given the captaincy a great deal of thought since the enormous disappointment of the T20 World Cup. I took on the role with great pride and dedication and have given it absolutely everything over the past year,”

the player said in a statement published by the West Indies Cricket Board on November 21.

“The T20 World Cup is something that must not define us and I will readily get involved in the upcoming reviews. And whilst it will be several months until we reconvene as a squad, I want to give CWI plenty of time to prepare for the matches against South Africa in March and beyond.”

The 27-year-old had a disastrous stint as the Windies captain, managing to win only four out of 17 ODIs and eight out of 23 T20 internationals. He added that this is not him giving up, as he remains fully committed to West Indies as a senior player.

While didn’t have a great time as the captain, his personal numbers also took a major hit. Pooran had struck three consecutive fifties when he stood in during the India series but since taking over the reins permanently, he managed only one fifty-plus score in T20Is. In the last seven T20Is, the left hander failed to score double digits in five innings.

“By stepping down now as the West Indies white ball captain I believe it is in the best interests of the team and for me personally, as I need to concentrate on what I can deliver to the side as a player,”

Pooran was recently released by his Indian Premier League franchise Sunrisers Hyderabad ahead of the upcoming 2023 mini-auction. He had a pretty good season with the bat in 2022 when there was no pressure on him to lead the side. He would hope to deliver for the West Indies in his primary role.

West Indies’ next white-ball assignment comes in March 2023 when they tour South Africa as the build-up for the 50-over World Cup in India kicks off. West Indies are currently eighth in the ICC CWC Super League, where the top eight teams directly qualify for the world cup, and are hanging on by a thread.

Rovman Powell, who led Jamaica Tallawahs to the Caribbean Premier League championship in September, has been touted as the frontrunner for the West Indies white-ball captaincy.