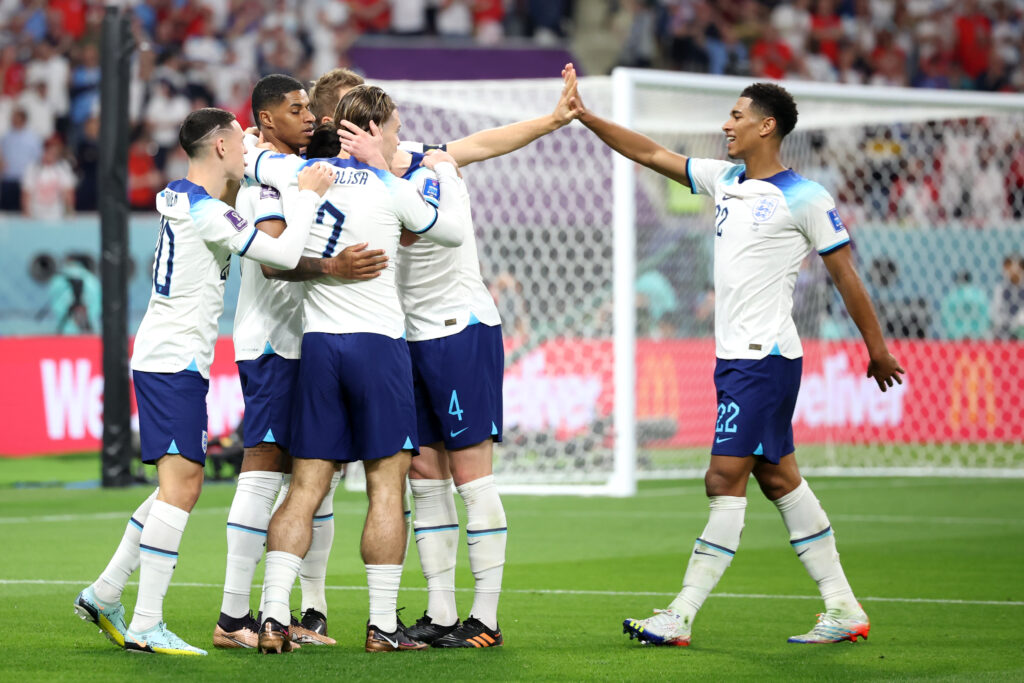 England kicked off their World Cup campaign with a thrashing of Carlos Queiroz’s Iran side, putting up an excellent attacking display to win 6-2. Attacker Bukayo Saka proved that he belonged in the big leagues, as he has for the last few seasons consistently at Arsenal under Mikel Arteta, scoring a double.

Southgate persisted with his trusted line-up, as Harry Maguire started in the back four, as did Luke Shaw. The two Manchester United stars did not disappoint Southgate, as they each picked up an assist. FC Porto centre-forward Mehdi Taremi was the only Iranian who put up any sort of resistance, as the brilliant veteran scored both his side’s goals.

Marcus Rashford, whose inclusion in the 26-man squad was questioned, silenced his critics with a fantastic goal in a facile win for the Three Lions. With James Maddison and Kyle Walker set to return for England’s next game, it remains to be seen if Southgate makes any changes after a thumping win.

Wales captain Gareth Bale was instrumental in his side’s nail-biting draw against the USA, as the former Real Madrid winger scored a late penalty to equalise following Timothy Weah’s opener.

Christian Pulisic registered the only assist of the game, but that was not enough as Bale sparked a comeback in Wales’ first World Cup fixture. The 33-year-old showed tremendous passion in his side’s draw as they chase a qualification following a good start.

Meanwhile, Louis Van Gaal’s Netherlands posted a comfortable victory over Aliou Cisse’s Senegal. Barcelona midfielder Frenkie de Jong was a class apart in the game as he orchestrated the game from the middle of the park.

It was all square for most of the game, but two well-deserved goals from the outrageously talented Cody Gakpo as well as Davy Klaasen secured three points for the Dutch.

Van Gaal will be delighted with his side’s performance as he makes a return to the World Cup after a very successful run in 2014.

The victories have placed Netherlands and England firmly at the top of Group A and Group B, respectively, whereas Wales are tied with USA to claim the second place in Group B.