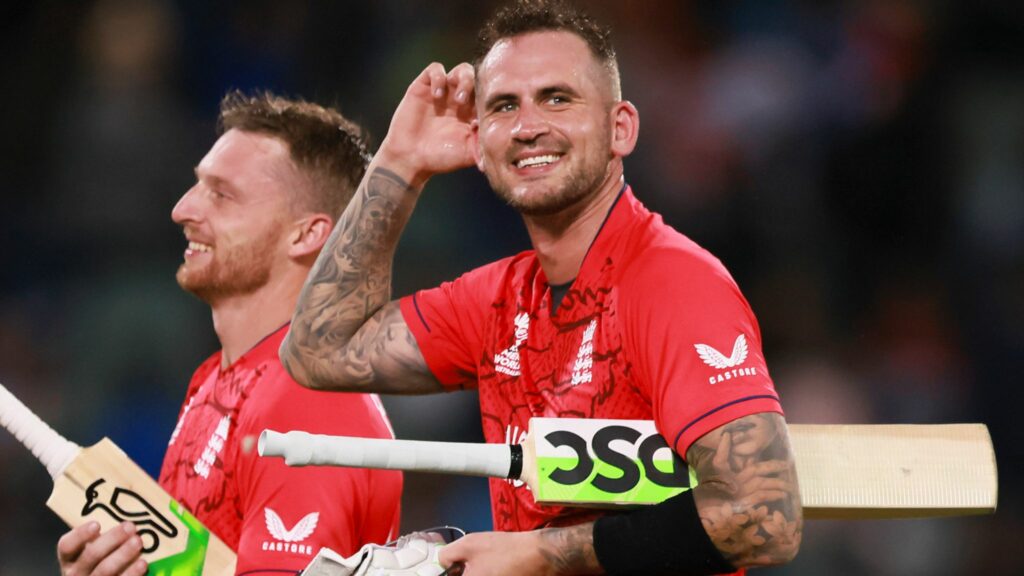 From missing the World Cup-winning England side in 2019 to making a spectacular comeback in the 2022 T20 World Cup, where he played a vital role in England’s second World T20 title win, Alex Hales’ journey in the last few years has been nothing short of amazing. The right-handed opening batsman was brilliant in the recently concluded tournament in Australia, which England won after beating Pakistan in the final.

The 33-year-old was eighth in the run-scoring charts, but the impact that his runs produced far exceeded what the stats suggest.

His performance in the T20 World Cup, albeit made possible by an injury to Jonny Bairstow, has led many to believe that Hales will be a part of the England squad for the next edition of the tournament. However, the opener is not currently thinking about the marquee tournament just as yet and said that he is currently focused solely on the shortest format.

Hales attributed his batting against spin to playing in Asian conditions, where the Nottingham batsman has played a lot of cricket in recent years, in tournaments such as the Abu Dhabi T10 and the Pakistan Super League.

“I don’t know but I think going forward I would concentrate on playing T20Is for England and franchise cricket. I haven’t put much thought into ODIs.”

Talking about his approach against spin bowling, he added:

“On the subcontinent, pitches more often not tend to have a bias towards spin and you have to make sure you adapt your methods. And I think that’s one of the key things as a franchise cricketer.”

The player has had a lot of success in the shortest format, and he believes that continuous evolution is the only way forward. Speaking as to why he chose to play in leagues such as the T10, Hales stated:

“As you’re playing tournaments in different countries and conditions all year round, so you have to keep topping up on certain areas of your game all the time, otherwise you soon get found out”.

The 2023 World Cup will be played in India next year, and it remains to be seen if Hales will be reinstated into the England side.