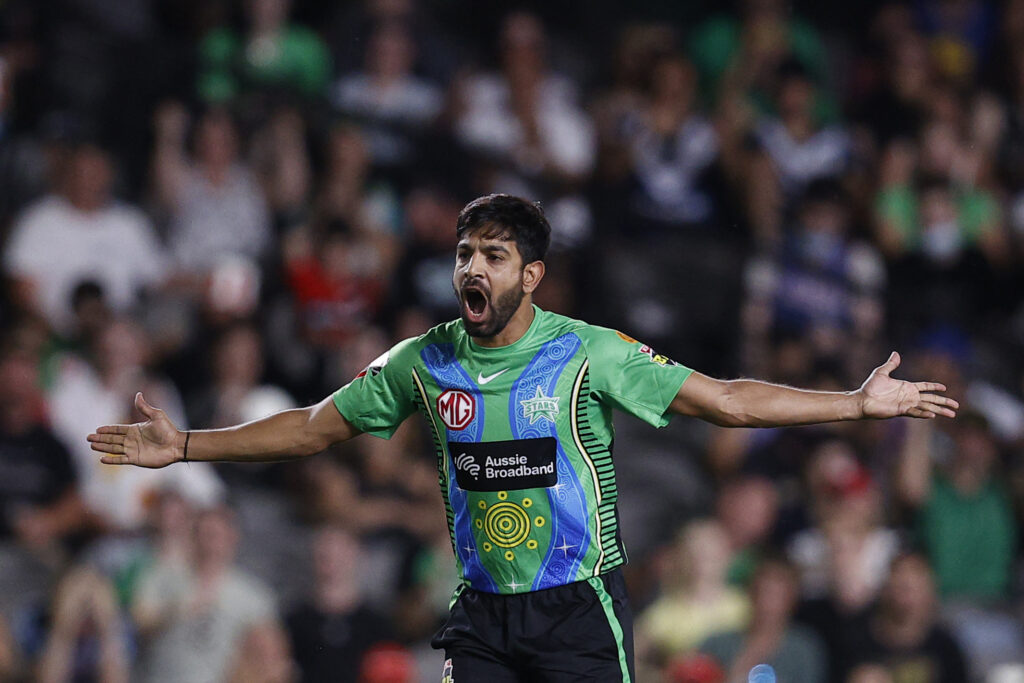 Pakistani fast bowler Haris Rauf has expressed his delight over the Melbourne Cricket Ground at which the India-Pakistan game will be held in the upcoming T20 World Cup. The two arch-rivals will lock horns on October 23 at the vanue that also happens to be the home ground of the Melbourne Stars, Rauf’s team in the Big Bash League. The 28-year-old is counting on his experience at the MCG in order to fox the Indian batsmen.

In the absence of senior pacer Shaheen Shah Afridi, the onus has fallen on Rauf to deliver the goods when asked of him, something he has been doing consistently of late. He has thus far been instrumental in the Pakistan-England series, where the hosts enjoy a 3-2 lead with two games to be played.

The pacer will hope to carry his form into the World Cup, as Pakistan will look to better their performance from last year’s edition of the tournament, where they reached the semi-finals. He is currently the leading wicket-taker in the series against England, with eight scalps in five matches.

“If I give my best, they won’t be able to play me easily. For the upcoming World Cup match, I’m very happy because it is at the Melbourne Cricket Ground. It is my home ground because I play for the Melbourne Stars, and I have an idea of how the conditions play out there. I’ve already started planning on how I would bowl against India.”

India and Pakistan only face each other in multi-team tournaments due to political tensions between the two nations. The two sides had faced off twice in the Asia Cup, with India winning the first game while Pakistan took the second. Rauf, however, did not have the best of games against the Men in Blue, as he went for quite a few runs.

Nevertheless, Pakistan will be looking to repeat their performance against the Indians in the 2021 World T20, where they brought up their first victory in T20 World Cups against India.