IPL 2023 to be played in home and away format – Ganguly 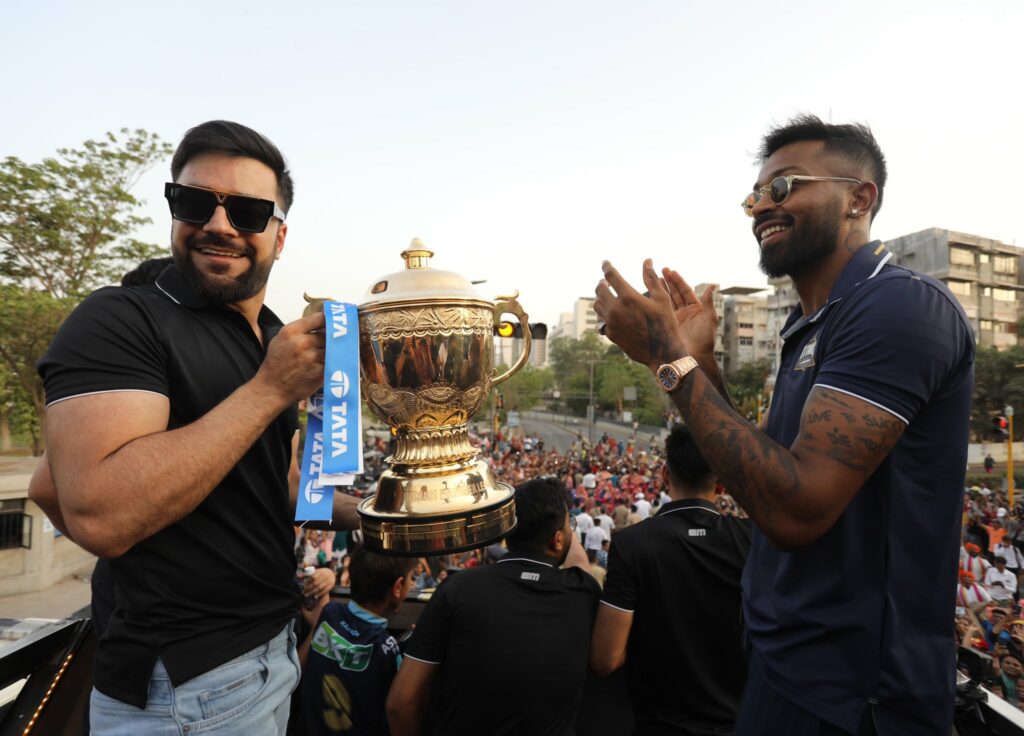 The 2023 edition of the Indian Premier League will return to its original pre-COVID format, confirmed BCCI president Sourav Ganguly.

“The next season of men’s IPL will also go back to the home and away format with all ten teams playing their home matches at their designated venues,”

The tournament was played entirely in the UAE in 2020 with the COVID-19 outbreak in India. The edition was played across three venues – Dubai, Abu Dhabi and Sharjah – with Mumbai Indians emerging as the champions, beating Delhi Capitals in the final to claim their fifth title.

The 2021 edition kicked off with matches being played at Delhi, Ahmedabad, Mumbai and Chennai behind closed doors, with all venues being neutral to the teams. However, a covid-19 outbreak within the team camps forced the competition being moved to the UAE months later, wherein Chennai Super Kings defeated Kolkata Knight Riders in the final to bag their fourth championship.

The round-robin league stage of the 2022 edition was played in Pune and across the three stadiums in Mumbai before the action shifted to Kolkata and Ahmedabad for the playoffs. Gujarat Titans defeated Rajasthan Royals in the final to claim a maiden title in their first year of participation.

The BCCI is also likely to host the inaugural edition of the Women’s IPL in 2023, with women’s cricket gaining great popularity in the country.

“The BCCI is currently working on the much-awaited Women’s IPL. We are expecting to start the first season early next year,”

The BCCI has been running the Women’s T20 Challenge on an annual basis since 2018, the year 2021 being an exception due to covid-19. Barring the first season, which featured a one-off exhibition game, the tournament developed into a three-team contest featuring Indian and foreign cricketers.

“I strongly believe that next year i.e. 2023 will be a very good time to start a full-fledged women’s IPL which will be as big and grand a success as men’s IPL,”

the BCCI boss had stated earlier this year.

“Our players do get opportunities to play overseas leagues. I feel domestic players will get a great platform in the women’s IPL. We have talented women’s cricketers in the country but many of them don’t have the experience of the big stages. Women’s IPL will be a great platform for them,”

she had said after India’s nine-run defeat to Australia in the gold medal clash at the Commonwealth Games 2022.

The BCCI is also introducing a girls’ Under-15 one-day competition, which will be played across Bengaluru, Ranchi, Rajkot, Indore, Raipur and Pune from December 26 to January 12.

The India women’s team is currently leading 2-0 in the three-match ODI series in England after having gone down 1-2 in the preceding T20Is. The final game of the tour – the third ODI at Lord’s on September 24 will serve as a farewell to legendary India quick Jhulan Goswami.