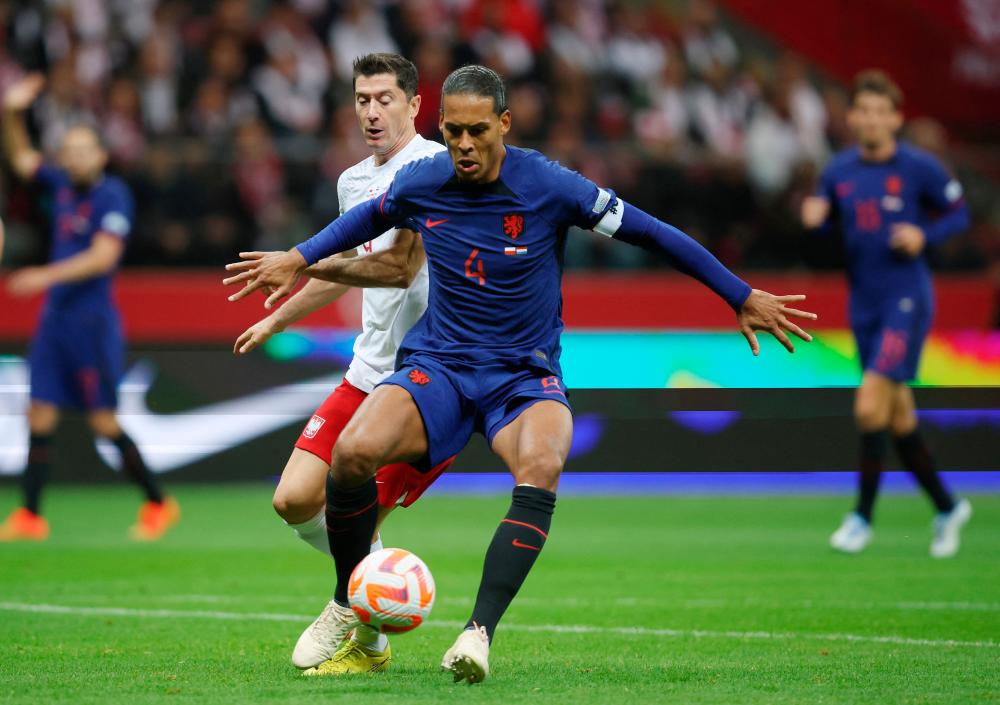 The Netherlands are in prime position to qualify for the final four of the 2022/23 UEFA Nations League from League A, Group 4. The Oranje pulled themselves three points clear at the top with a game left to play with a 2-0 win over Poland, away from home.

The Oranje took the lead 13 minutes after kick-off with a well-worked team goal. Steven Berghuis drifted out to the right and played the ball into the feet of Memphis Depay, who, without missing a beat, threaded the pass between two defenders for the onrushing Denzel Dumfries. The right wing-back pulled the ball across the face of the goal, where Cody Gakpo was waiting to tap it home.

Arkadiusz Milik blazed over a glorious chance from close range on the other side of the interval, and Poland’s best opportunity of the game went begging. Steven Bergwijn made the home side pay on the stroke of the hour; the Ajax man cut inside from the left, used Vincent Janssen for a wall-pass, and drilled the ball home from close range into the far corner of the net.

Meanwhile, Belgium kept their hopes of a final-four spot alive with a narrow win over Wales. The Red Devils would need to beat the Oranje by three goals in their final group game to leapfrog them into first place.

De Bruyne returned the favor to Batshuayi by supplying the assist for the forward’s goal in the 37th minute, which he scored by simply tapping the ball in at the back post.

Kieffer Moore headed in Brennan Johnson’s cross in the 50th minute to ensure a nervy finish to the game, but Belgium held on to their narrow lead and saw out the win.