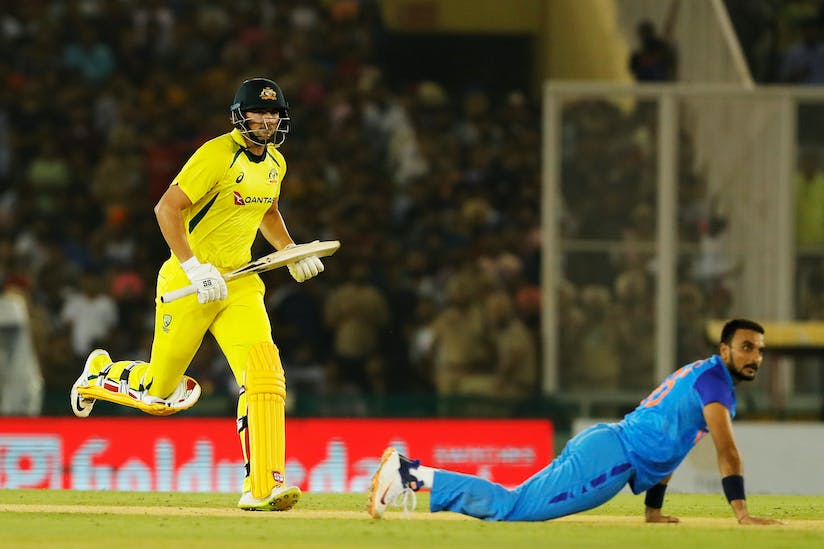 Singapore-born Australian all-rounder Tim David finally made his debut in the first T20I between India and Australia in Mohali on September 20. The vicitors completed a stunning chase on the back of an excellent innings by Cameron Green as well as a ferocious finishing knock by Matthew Wade, chasing down India’s total of 208.

The loss is particularly concerning for India, who have now lost three out of their last four T20Is, defending in excess of 170 in each case. Jasprit Bumrah’s absence has been notable in each of these games, but India’s excessive dependence on the ace speedster could prove to be a cause for concern, with only three weeks left for the coveted T20 World Cup.

Wade’s partner during his epic knock was the debutant Tim David, who has been wildly successful in various T20 leagues around the world, including the Indian Premier League and the Big Bash League, where he represents Mumbai Indians and Hobart Hurricanes, respectively. David acknowledged that playing in pressure situations during the IPL helped him to stay calm under pressure during the series opener as well, at a time when Australia lost a few wickets in rapid succession.

“I think having had the experience of playing in India before and playing a fair bit of T20 cricket recently, I felt calm the other night because I knew that we’re in a good position to be able to chase those runs,”

he said in a virtual press conference after the first T20I.

David made his debut in the 2021 IPL season for Royal Challengers Bangalore, as he was roped in by the three-time finalists for the second leg of the tournament which was played in the UAE. Subsequently, the impressive 26-year-old was bought by MI for a whopping Rs.8.50 Crore in the 2022 IPL Mega Auction.

He also played a couple of fine innings for the Indians, most notably against Delhi Capitals in the last game of the league stages of the tournament, where he scored a belligerent 11-ball 34 to steal victory from the jaws of defeat.

“Having some good experience playing in India, I think finishing off games and understanding how it can go and how the pitches can play or when it kind of lights up in front of you, so you know, there can be an advantage batting second in Indian conditions. That was a good experience in IPL to draw on to the other night out there in the middle,”