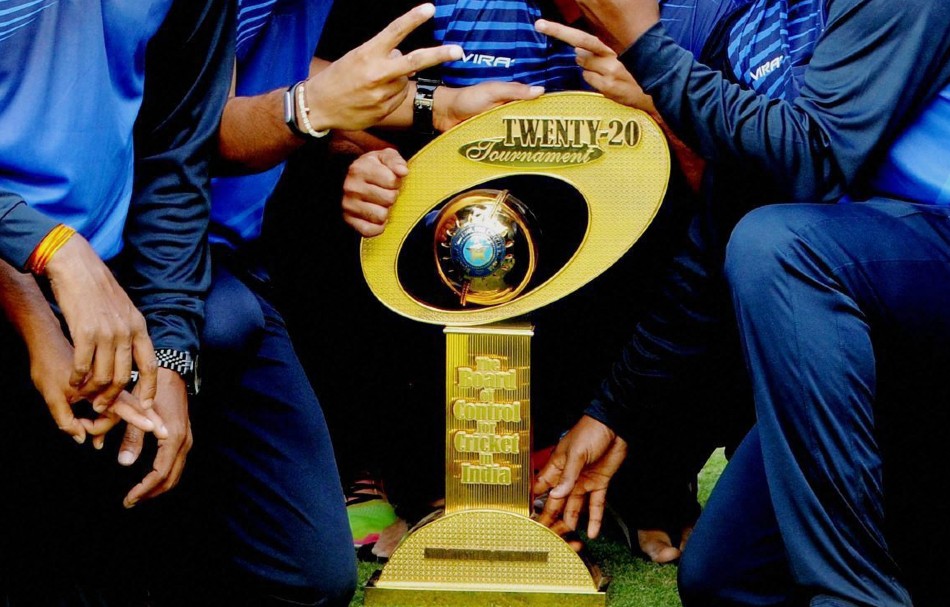 The Board of Control for Cricket in India is all set to introduce the player substitution rule in the forthcoming Syed Mushtaq Ali T20, reports Cricbuzz.

The Indian board is about to implement the idea via the latest edition of India’s National Championship for the shortest format, with the aim being to “make the format more attractive, dynamic and interesting” for the viewers and the participating teams.

In a note possessed by Cricbuzz that BCCI has sent to all state associations in the build-up to the SMAT 2022-23, the rule is stated for allowance to replace one member of the playing XI during a match. The board has drawn inspiration from the playing regulations used for substitution in other sports.

In cricket, the Big Bash League has been employing the X-factor rule, wherein teams are allowed to replace one of their playing members with a substitute after the 10th over of the innings, provided that the player being replaced is yet to bat or haven’t bowled more than one over.

“The concept is to allow one substitute player per team to take a more active part in a match. This would add a new tactical/strategic dimension to the game,”

the note revealed by Cricbuzz says.

“A number of team sports allow teams to make tactical substitutes i.e. football, rugby, basketball, baseball. The substitute is allowed to perform or participate like any other regular player.”

A BCCI official privy to the development told Cricbuzz, the player substitution is an “experiment” only for the SMAT and it isn’t yet decided whether it will be in play for the women’s domestic T20 and other events in the calendar. The board has no immediate plans to implement the same in the Indian Premier League.

Sent to all the state associations, the note specifies that an ‘impact player’ – which the substitution will be called – is of optional usage depending on what the teams want. But he can be introduced only before the completion of the 14th over in either innings. The new player can bat for the side and bowl a full allotment of four overs.

It goes without saying that the impact player would have no influence on the number of players allowed to take the field at a particular time. Teams can take the field with only XI players. Also, when they are about to introduce an impact player in the game, the captain, coach, or team manager will be required to inform the fourth umpire about the same, be it at the fall of a wicket or at the close of the first innings.

The BCCI note tried to clarify the rule with examples:

“Team Two having been put in to bat lose a number of early wickets and want to increase their batting depth to post a challenging total. Team Two, therefore, could use their Impact Player for batsmen who have already been dismissed. To help assist in setting a competitive total. In any situation, only 11 players can bat.

“Team One have the option to hold back their Impact Player change until the innings break to bolster their batting depth or in this scenario, may choose to introduce an Impact Player that offers additional bowling options having assessed the position of the match and condition of the pitch.”

The board, however, confirmed that there could be only one impact player used in a match and that no impact player will be allowed if the match is reduced to 10 or less overs per side because of different circumstances. There are specifications in the rule if the DLS comes into effect after a curtailed innings for the batting side.

Teams will have to name four substitute options at the toss outside of their playing XI. The impact player will be used from one of these options.