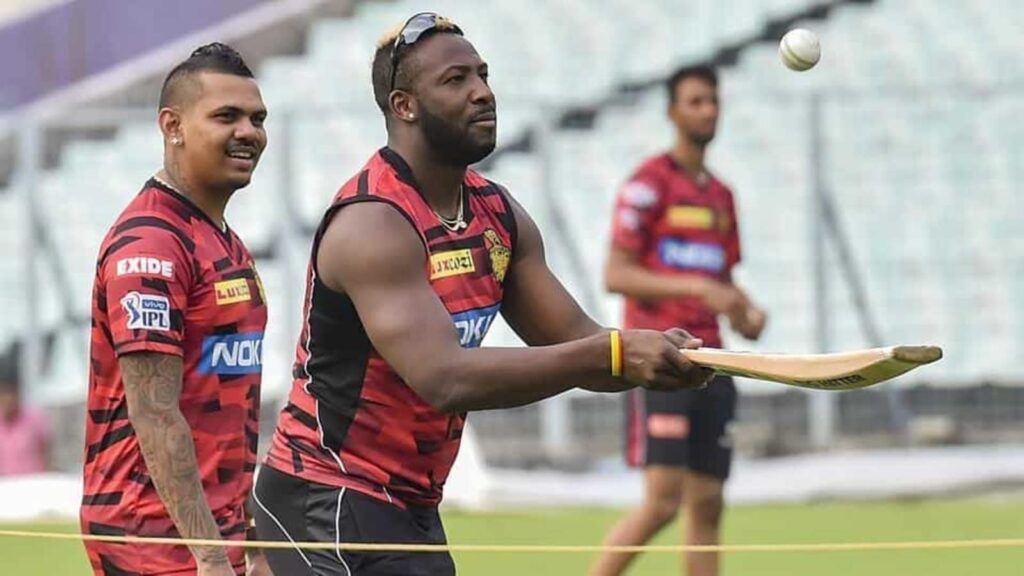 All-rounders Andre Russell and Sunil Narine were the most notable absentees, as West Indies announced their 15-member squad for the T20 World Cup 2022 on September 14.

The squad sees the comeback of left-handed opener Evin Lewis, who last played for the West Indies during their disappointing T20 World Cup 2021 campaign in the UAE.

Both Russell and Narine haven’t been a part of the Windies setup for quite some time now, with the latter having last played at the international stage the T20 World Cup last year.

“We had a meeting with Andre Russell earlier in the year,”

Desmon Haynes told Ian Bishop in an interview on the sidelines of the CPL 2022 game between Jamaica Tallawahs and St Kitts & Nevis Patriots on Wednesday.

“We’re still not convinced yet, he’s not performing as well as we would like to see him in the competition. I think in the situation with Andre Russell, we’ve just decided to move on, and look for someone who’s in form, and doing well in the T20 format.”

Narine, meanwhile, hasn’t played for the national team since August 2019. Haynes revealed at a press conference later that he wasn’t sure if Narine wanted to play while adding that the spinner was in conversation with skipper Nicholas Pooran.

“I did not get any notice from Narine regarding his availability to play. There were conversations that the captain was having with Narine, and from all reports, it seemed that he was not interested.

“Yes, again, the captain told me he’s reached out to Narine, but I’m not too sure he wants to play.”

Russell and Narine, both of whom were a part of West Indies’ T20 World Cup wins in 2012 and 2016, have been the much sought-after cricketers in various franchise leagues across the globe.

Narine was named the Player of the Match in Trinbago Knight Riders’ 26-run win over the Guyana Amazon Warriors, hours after the squad announcement. He scored 26 off 20, and dismissed Colin Ingram and Odean Smith in a stunning spell of 2/9 from four overs. Russell returned 3/16 from 2.5 overs, including the wickets of Shimron Hetmyer and Romario Shepherd.

Narine has bagged six wickets in 20 overs at the CPL thus far at a highly impressive economy rate of 4.25, which backs up his last season’s brilliance, wherein he had bagged 12 wickets at an economy of 4.37.

Russell was the second-highest run-scorer in the first edition of The 6ixty recently, with 137 runs from five innings, striking at 192.95 with 15 sixes, with six maximums coming off as many successive balls against St. Kitts.

The duo had excelled in The Hundred 2022 earlier this season in England too. Narine was the highest wicket-taker for Oval Invincibles with 11 scalps from six games. Russell scored 148 runs for runners-up Manchester Originals, at a strike-rate of 168.18 with 12 sixes, which included a sequence of 6, 4, 6, 4, 4 off Southern Brave’s Michael Hogan.

Russell and Narine – the KKR’s premier all-rounders – have already been signed by the Abu Dhabi Knight Riders for UAE’s ILT20 which will be played early next year. Russell was among the platinum picks for the BBL overseas draft but went unpicked eventually, given the uncertainty over his availability as the tournament is set to clash with the ILT20 and SA20 in South Africa in early 2022.