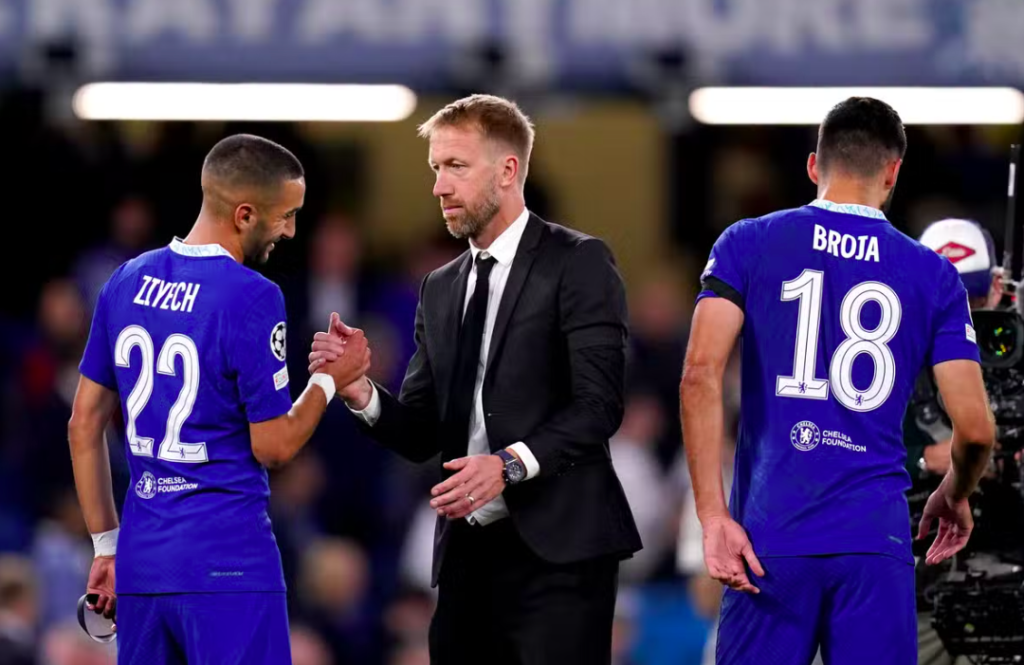 Chelsea showed plenty of intent but no end product in Graham Potter’s first-half of football in charge of the Blues. Potter’s side held almost three-quarters of the ball and shot at goal nine times, but none of those shots troubled Salzburg goalkeeper on the night, Philipp Kohn.

However, three minutes into the second half, the Blues took the lead. A low cross from Mason Mount evaded everyone inside the penalty box but Raheem Sterling, who, arriving from the left, latched onto the ball and curled it superbly past Kohn in the far corner.

The hosts’ lead did not last as Noah Okafor brought the Austrian side level on terms in the 75th minute, applying the finishing touch at the end of a fast break.

The draw left Chelsea bottom of Group E; AC Milan, meanwhile, went top with a 3-1 win over Dinamo Zagreb. Olivier Giroud gave the Rossoneri the lead in the 45th minute from the spot after Josip Sutalo had tripped Rafael Leao inside the box. Alexis Saelemaekers headed in Milan’s second from close range in the 47th minute, Leao, again, the creator with a cross from the left.

In Spain, Real Madrid beat RB Leipzig 2-0 courtesy of two late goals – one each, from Federico Valverde and Marco Asensio.

Valverde put Los Blancos ahead in the 80th minute, collecting a pass from Vinicius Jr just outside the box, dummying inside onto his left, and curling the ball into the net. Asensio added his name to the scoresheet in the first minute of stoppage-time, firing a rocket into the top corner at the end of a well-worked set-piece routine.

In the other Group F game, Shakhtar Donetsk drew 1-1 with Celtic, with the Ukrainian side up to second.