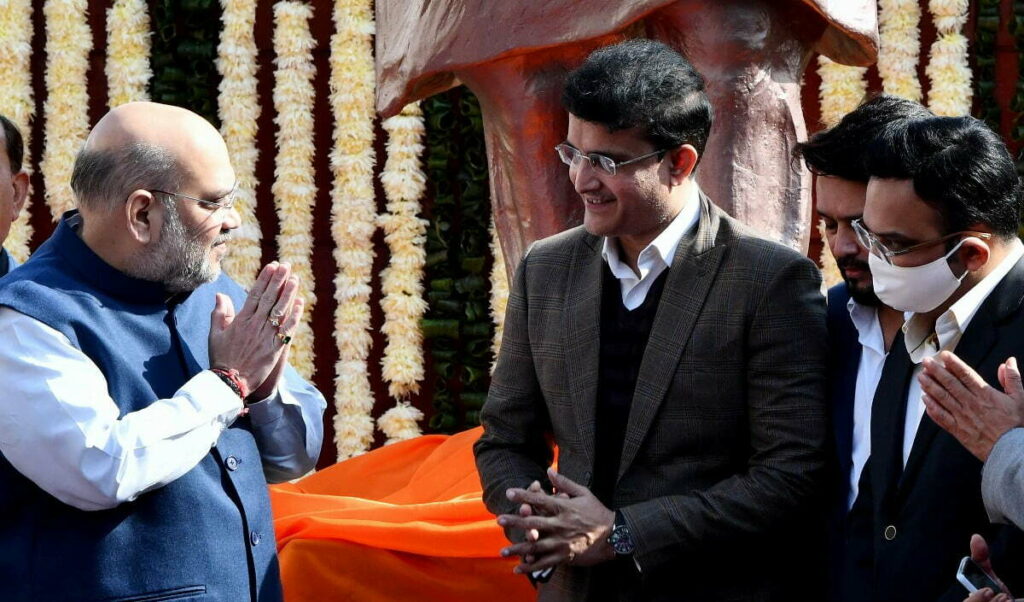 The Supreme Court of India has resumed hearing the longstanding case where the top BCCI officials desire an amendment to a couple of board’s important constitutional clauses, with the fate of president Sourav Ganguly and secretary Jay Shah hanging in the balance.

The Ganguly-Shah led BCCI regime wants these proposed amendments to come to fruition, which would see SC rolling back reforms that were recommended by the RM Lodha Committee before they were approved by the apex law body of the country in 2018. The board formally adopted the constitution ahead of their apex council elections in 2019, when Ganguly and Shah found their respective posts.

The case relates to Ganguly, Shah and other members of the current apex council of the BCCI seeking discontinuation of the cooling-off period clause in the existing constitution of the board. As per the SC enforced constitution, “an office-bearer who has held any post for two consecutive terms either in a state association or in the BCCI (or a combination of both) shall not be eligible to contest any further election without completing a cooling period of three years.”

Ganguly and Shah are both set to have their three-year term within the BCCI conclude this month. And since they had previously held posts for similar tenures with state associations in Bengal and Gujarat, respectively, the duo can’t continue to hold their BCCI posts until their plea for constitutional amendments bears a desired result with the Supreme Court.

The court also heard on Tuesday the Cricket Association of Bihar, which is the original litigant of the case and had filed a legal petition against the BCCI following the controversial IPL 2013 spot-fixing scandal, which led to the overhauling of the board’s constitution.

It isn’t clear whether the court would continue the hearing on September 14 or pass an official judgement. But the hearing on Tuesday should encourage Ganguly and Shah, who reportedly got the consensus within SC and amicus curiae, to pass the proposed amendments, which will allow the duo to hold office for another three-year period in the BCCI.

As per a report by the TOI, Justices Chandrachud and Kohli said, “in principle, it was agreeable that the three-year cooling-off period should kick in only if a person serves six consecutive years either in a state association or BCCI.”

“But, this too was caveated by Mehta, who said if a person after spending two consecutive terms is to mandatorily undergo cooling-off period, then he cannot contest elections for BCCI, for which a candidate has to be a member of a state association.”

Mehta’s caveat was responded to with a resolution by the Chandrachud-Kohli justice bench, which feels that the problem can be solved if the person who has held a state association post for two consecutive terms is allowed to contest the BCCI elections. If elected, this individual can expect to have two consecutive terms within the BCCI, too, before the cooling-off period kicks in.

In this scenario, that office-bearer can be part of the Indian cricket administrative system for a continuous and maximum period of 12 years before undergoing a three-year cooling-off term.

The two-judge bench also in principle agreed to remove the 70 years age cap that currently bars any BCCI representative from contesting for an ICC post.